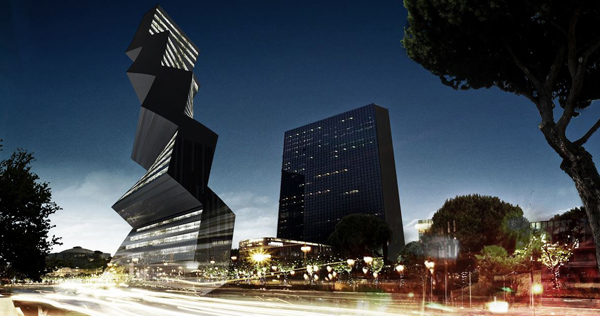 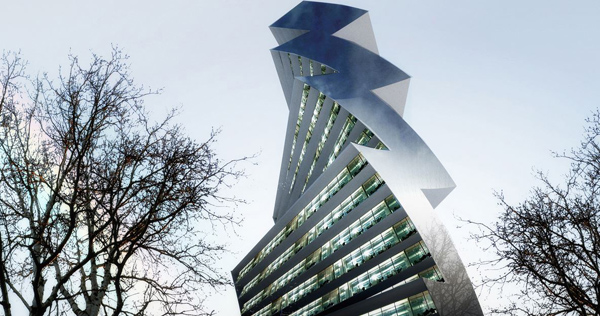 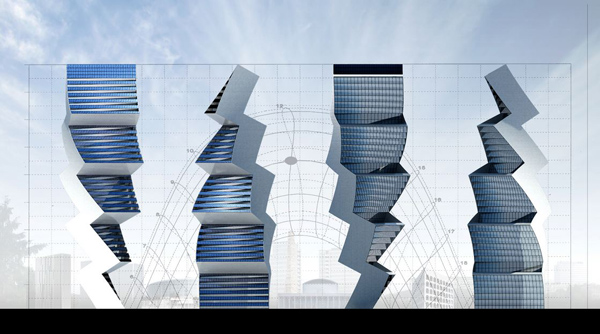 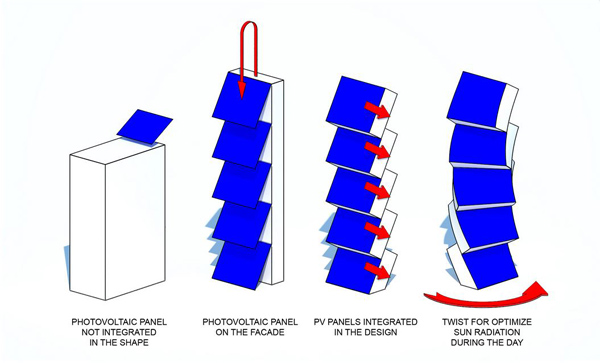 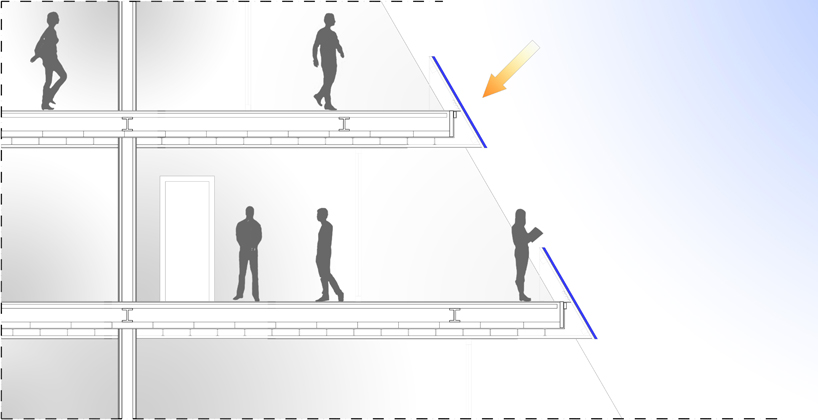 The Twilt Tower – twisted and tilted, is a design proposal by Paolo Venturella. The site for the tower is “E.U.R.” (Esposizione Universale Roma, in 1942) and is provoked by the “Eurosky tower” by Franco Purini, in author’s opinion a strange, box-like residential tower with photovoltaic panels on top, not integrated in overall design at all. That creates a design where the shape does not come out from its function, they state at Paolo Venturella Architects, and this further generates deep idiosyncrasy against this architecture. What they propose is to make it fall down and replace with a similar in the function but radically different in the shape tower. The “Twilt Tower” integrates the photovoltaic panels not just in the facade but even in the volume. The idea of tilting and rotating the panels towards the solar rays, to allow direct sun radiation during the whole day, deforms the building making the idea and the architecture a unique thing. The outcome is a cutting edge design that demonstrates how a building can express a concept in a contemporary rather futuristic way. Far from academic visions where the new and progressive is not accepted, far from wrong interpretation of the history of architecture that made the city of Rome become from the most avant-guard city in the world to the most obsolete, Paolo Venturella Achitects propose a new revolutionary design to allow the city of Rome to find again its own old splendor, leading it to a new pioneering city as it was in throughout the history.