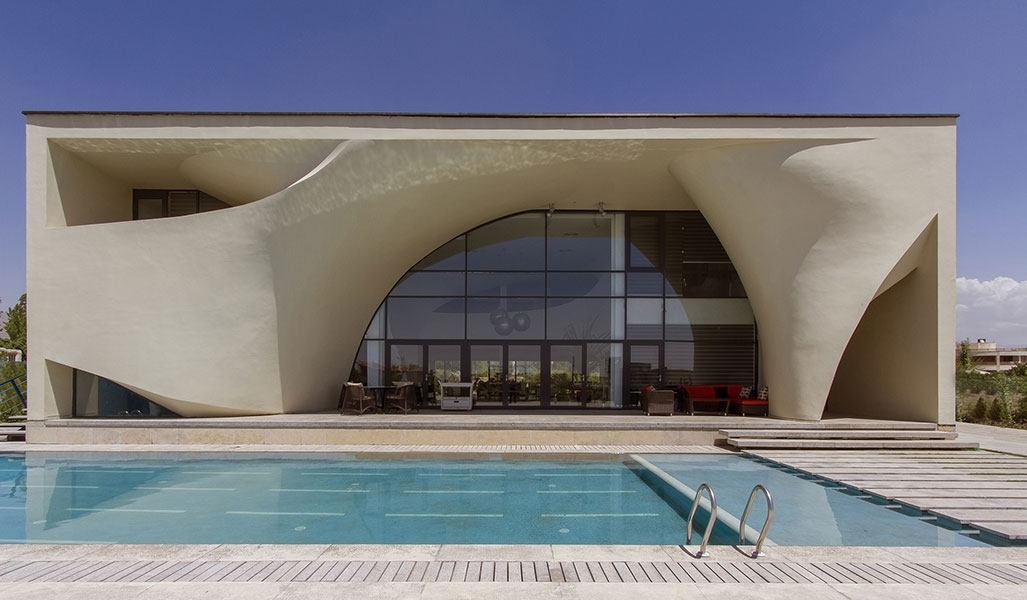 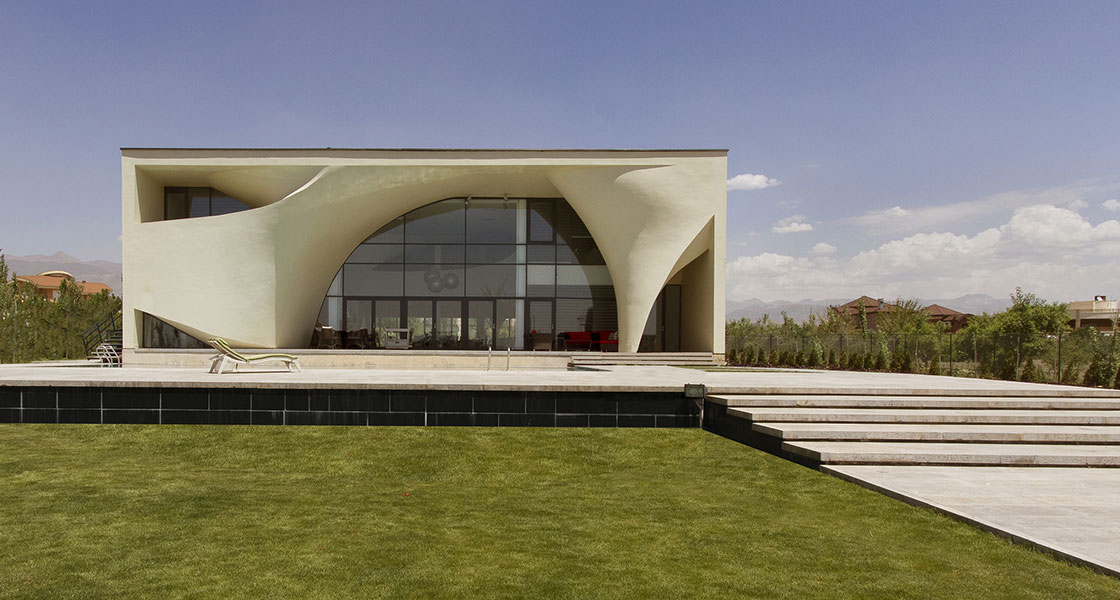 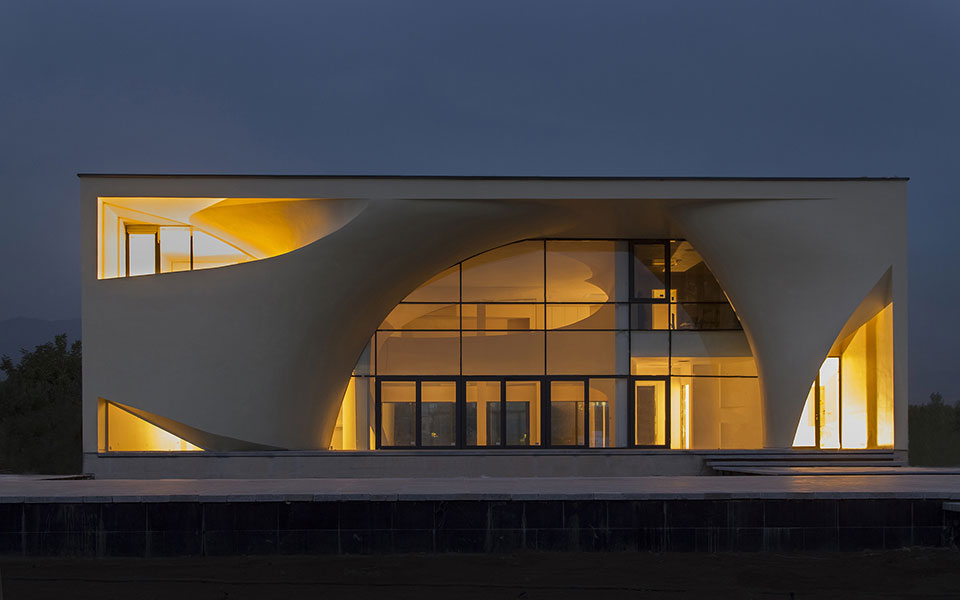 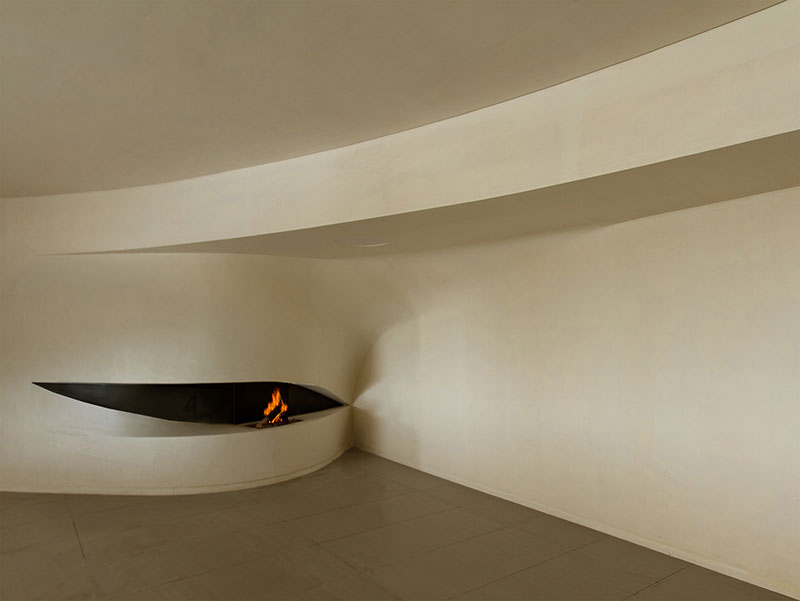 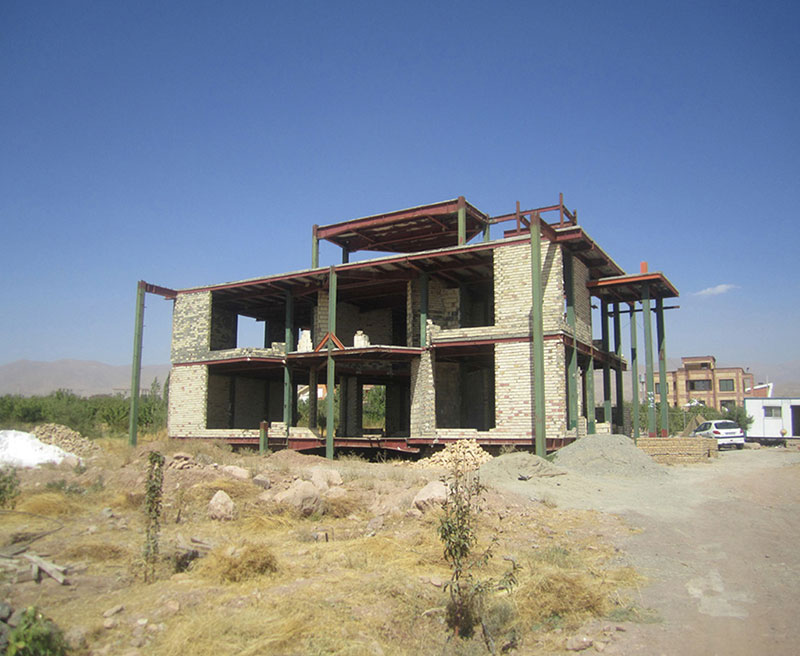 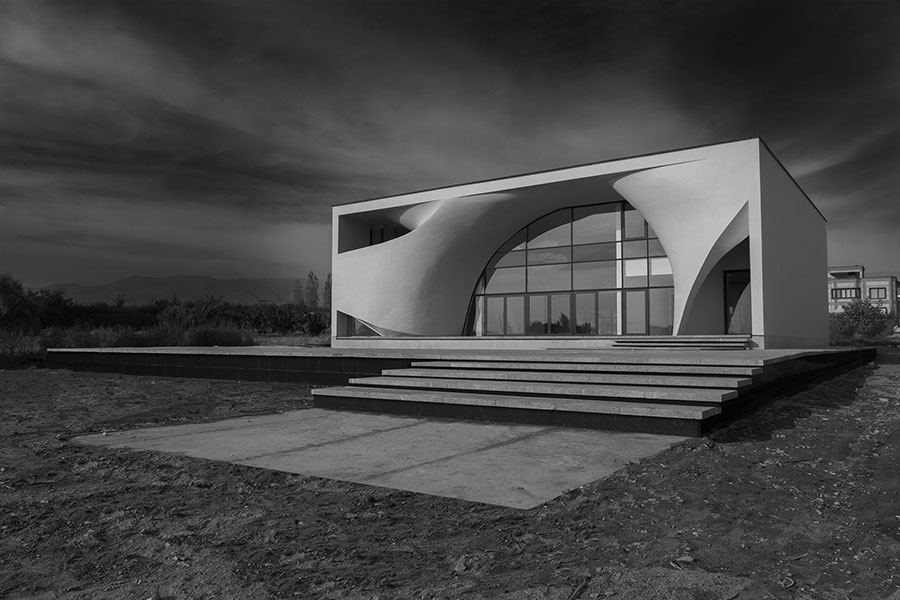 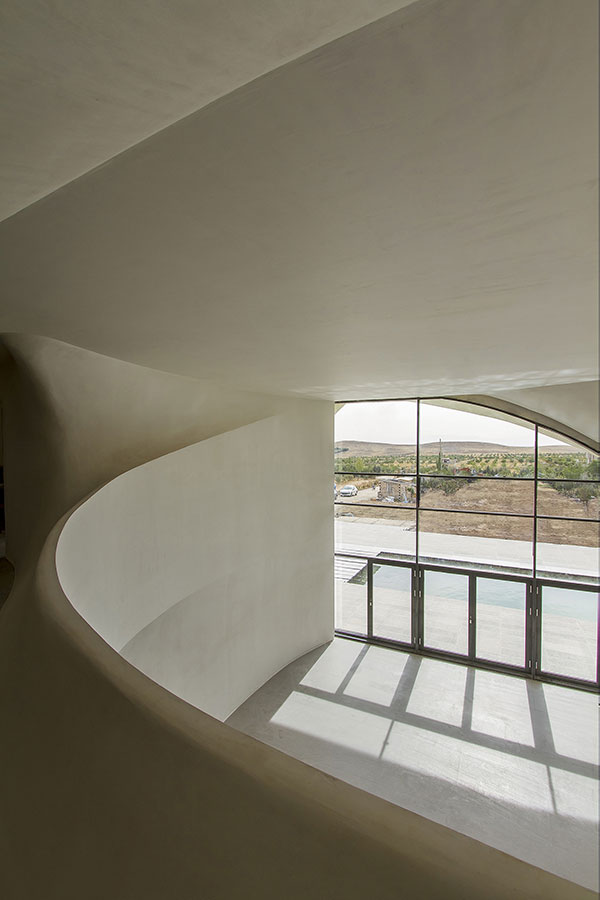 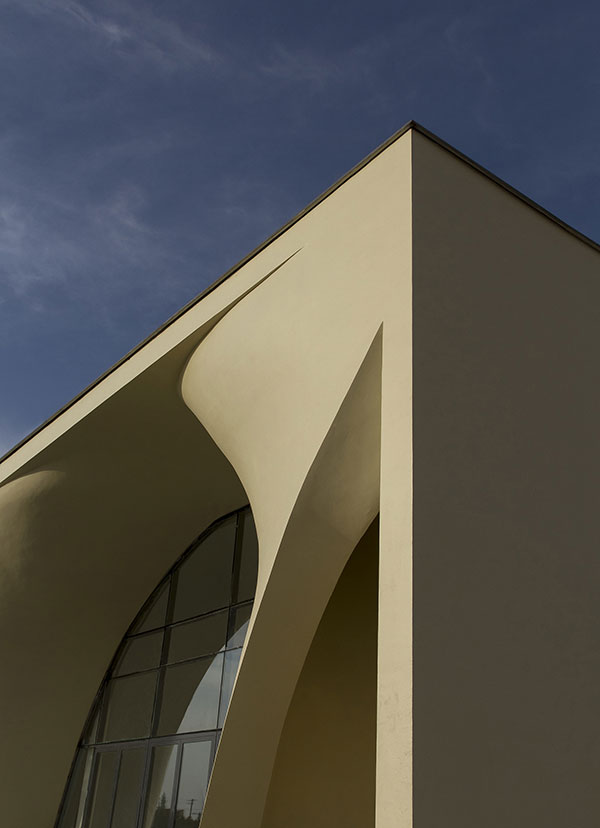 Architects: Next Office–Alireza Taghaboni Location: Kordan, Iran Area: 1118.0 ft2 Year: 2013 Photographs: Parham Taghioff Design Development: Roohollah Rasooli Design Associates: Masoud Saghi, Farideh Aghamohammadi Structural Strengthening Consultant: Vahid Gharekhani nia Mechanical Consultant: Houfar Esmaeeli Electrical Consultant: Nina Amooshahi Landscape Consultant: Babak Mostofisadri Supervision: Masoud Saghi, Roohollah Rasouli Construction: Ejraye Khas Office Graphic & Presentation: Hiva Farajpour Bakhtiari, Farzad Kafaee, Asal Karami, Sepideh Sarrafzadeh Zargar From the architect. Our initial intention for the project was in fact to problematize the connection amongst form, space, and structure. The project came to our studio after a year of being on hold due to the client’s dissatisfaction. The skeleton and barrier walls of the structure were thoroughly constructed. There was a central, octagonal void surrounded by columns, which was exactly what had made the client unhappy due to its shape and size, this void could not exhibit the wide, bright interior he desired. We realized the only way to revive the project was to take this problem as an opportunity rather than an obstacle to progress. Accordingly, expanding the central void and discarding the southern part of the balcony provided a wider view of the landscape. Next, we enhanced the structure and attached the south cantilever to the existing balcony. Doing this, and removing the lateral slabs and gazebo roof structure, transformed the overall volume to a cubic form. Next, the southern-facing façade wall stretched in an elastic manner towards the interior void, where it covered the columns and made a smooth connection between in and out. This allowed the southern wall to perform a fundamental role as a flexible element that not only responded to structural necessities, but also attempted to engage with the aesthetics, functionality, and spatial organization of the both interior and exterior. In the end, the façade’s surface would satisfy the requirements of the plan and insert a sense of dynamism and fluidity throughout the house. This organizational strategy would propose a body in which a strong vacuum action applied to the façade could convey the light, air flow, and vistas inwards to demonstrate the innovative qualities of this highly distinctive work. Preface: The house would rest in a wide landscape, capturing the delightful vistas of the Alborz Mountains in the background. Considering structural constraints, the design strategy followed a path by which the initial skeleton could be transformed to encompass pure cubic volume that made it distinctive in its neighborhood. The outcome was a cube, hosting an elastic façade that resulted from a dynamic vacuum tension on the southern face. Stretching the façade towards the void and columns did not merely meet the structural necessities, but also provided spatial qualities for both the interior and exterior. The building was named Kouhsar (“mountain” in Persian) to recall the old name for the location of the house. Structure: _A roof with a span of 20 meters had to be covered. Initially, structural methodology attempted to apply the façade surface as a barrier wall connected to the load-bearing system. _The overall structure was calculated and modeled with structural software. Next, for the manufacturing process, vertical trusses where designed to fit the architectural form. Later, vertical and horizontal CNC milled surfaces were located on the trusses (each 50 cm). Between each, two surfaces were filled with polystyrene sheets.   Based on a structural study, a net of armatures was placed on the CNC milled sheets, then a thin metal mesh of 5 cm x 5 cm was attached to the net. Shot Crete concrete was then shot onto the resultant assembly. To avoid any probable cracks, a plastic mesh covered the whole façade skin. Finally, finishing jobs were performed to smooth the final surface before it was painted by Jotun Color. 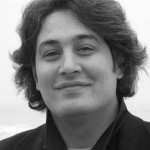