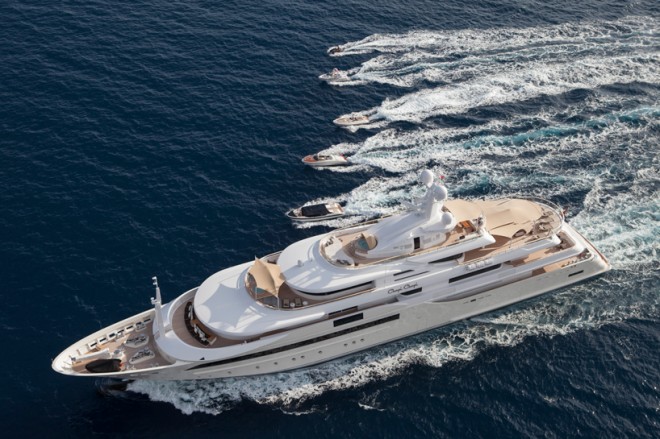 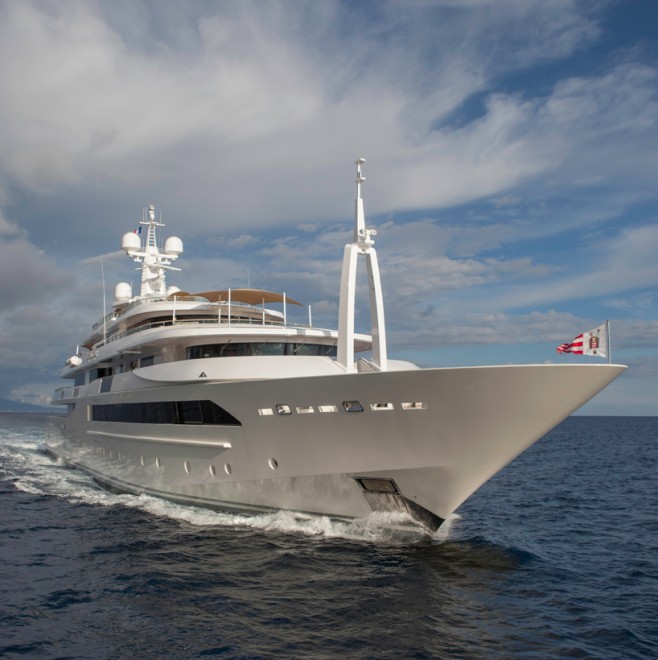 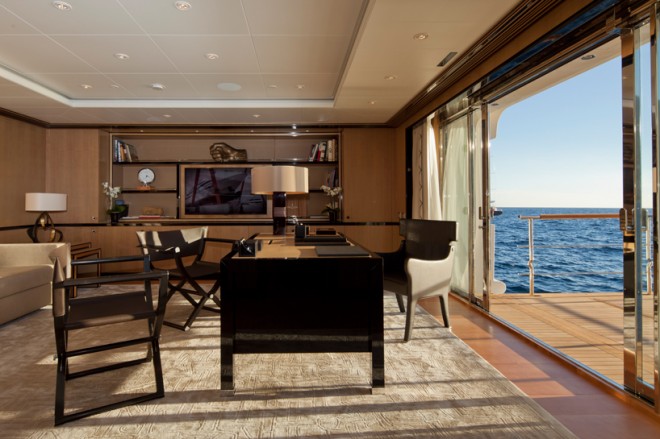 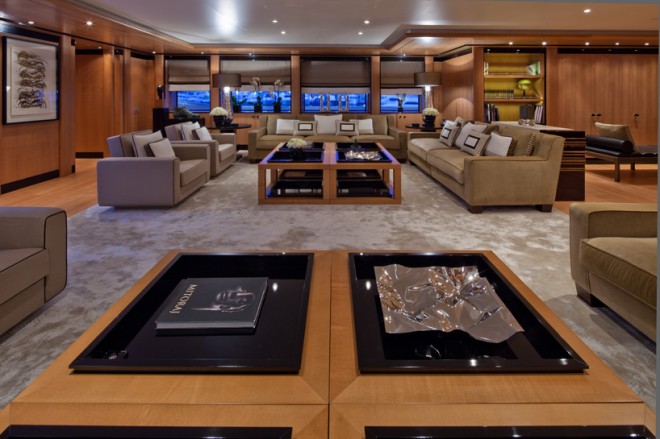 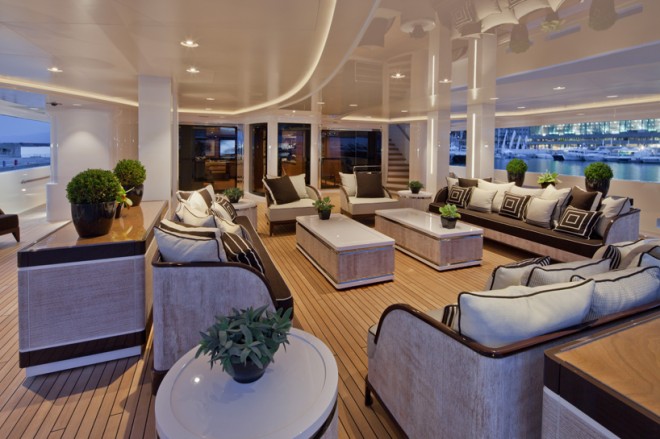 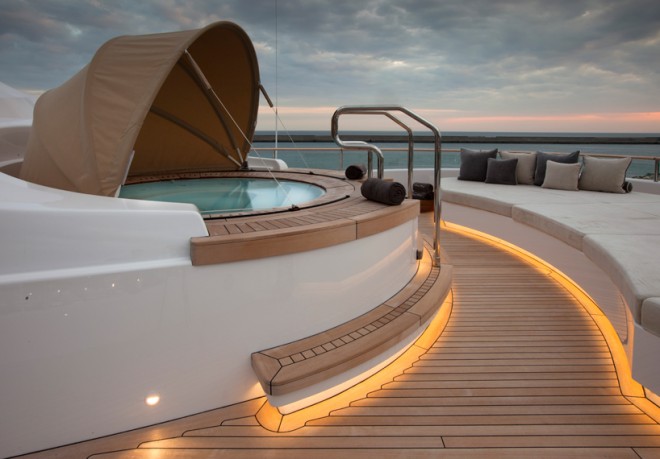 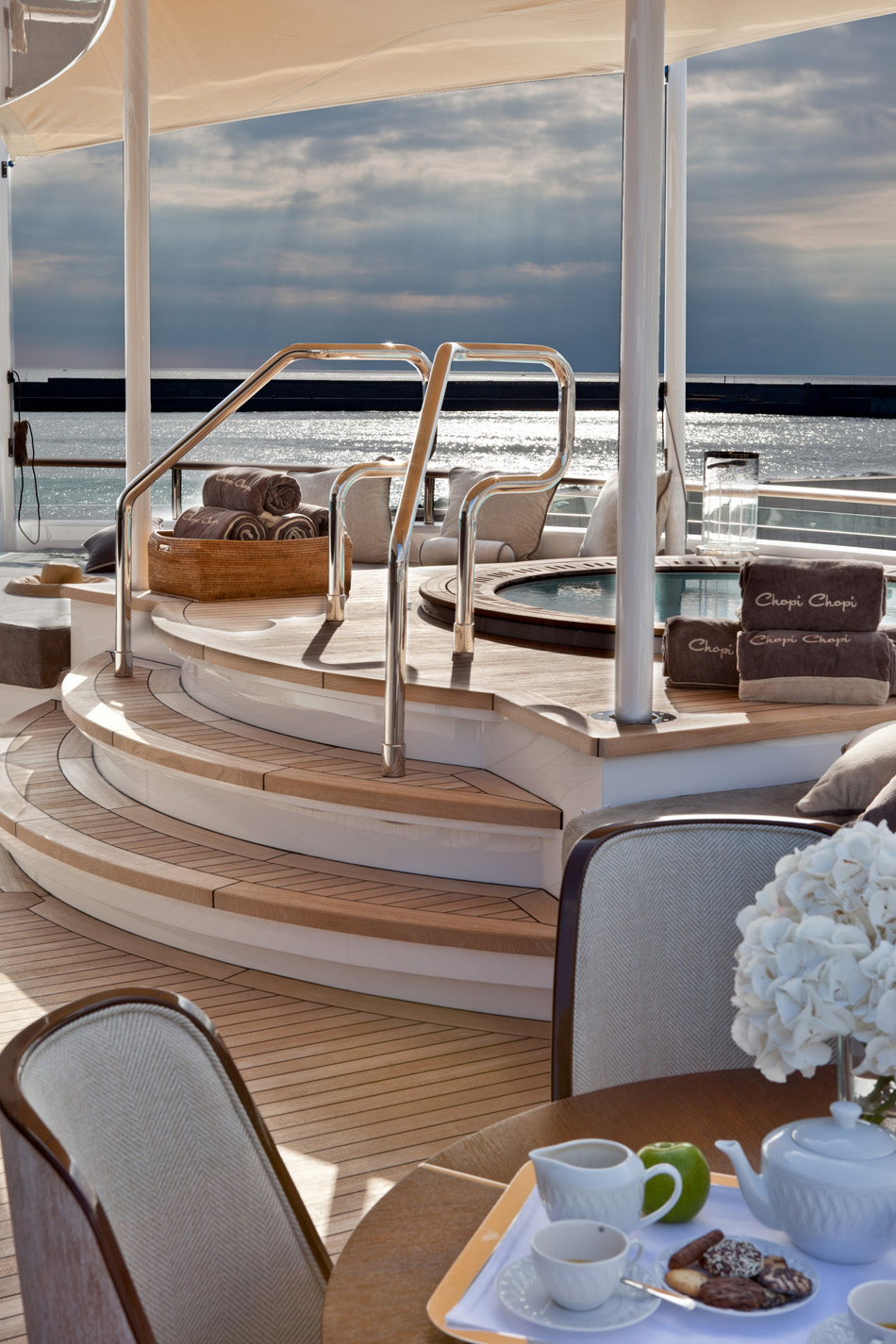 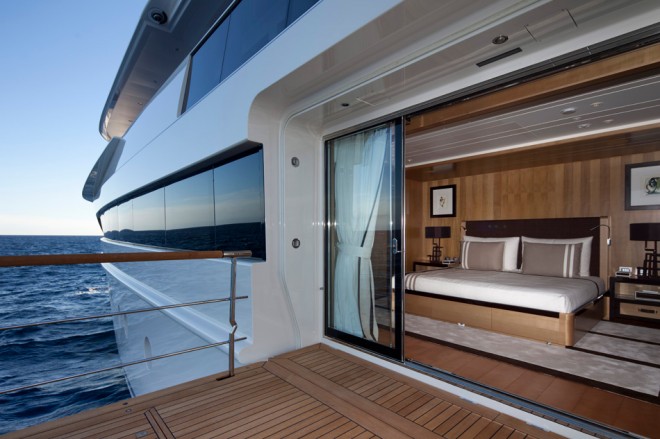 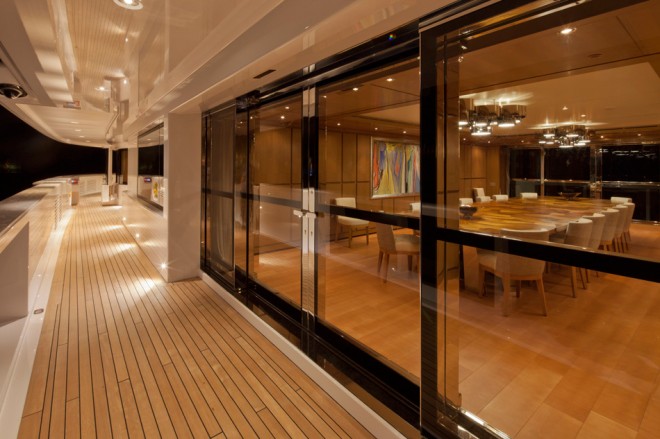 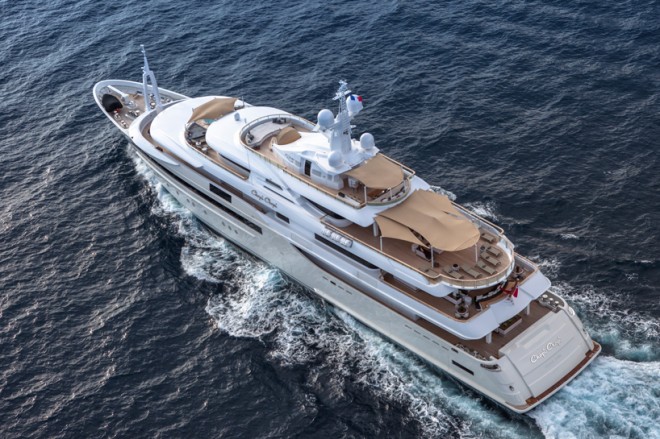 the 80m CRN mega yachts ‘chopi chopi’ was on display at the 2014 monaco yacht show and won the ‘most achieved trophy’ at this year’s world yacht trophy. the largest ship ever built in the ferretti group brand’s 50 year history was awarded the prize in the 54 to 82m category. organized by lux media group, the event celebrates the most prestigious mega-yachts in the world, which made for an ideal setting for the boat’s grand showcase of italian quality. along with this, it was also awarded ‘best interior design’ at the showboats design awards 2014, the judges commendation at the world superyachts 2014 and the ‘boat of the year 2013′. he vessel’s unique form and quality highlights the finishes and interiors that provide spectacular volumes and open spaces. created by two italian architectural firms, studio zuccon international project was in charge of the exterior profile and its inside layout, and the architect laura sessa was responsible for the stylistic concepts and interior design. the boat features six decks – including a private one for the owner – that can host up to 12 guests, 30 crew members and nine staff. its the ship’s direct contact with the sea that attracts the most attention thanks to the numerous balconies and open terraces. as well, it is because of the lower deck’s beach club that features an extendable stern deck which turns into a 1000 square meter ocean viewing platform.using the same innovation as the company’s ‘j’ade‘ yacht, the steel and aluminum displacement hull boat has a special access way that opens directly into the sea. both the guests and the staff can get onboard using two perfectly symmetrical hatches. when on board, the passengers are powered across the water by two 3516B-C caterpillar engines at a cruising speed of 15 knots and a maximum of 16. the CRN mega yachts ‘chopi chopi’ – originally conceived as a family house – was on display at the 2014 monaco yacht show that designboom was in attendance for, so stay tuned for more coverage.CRN is a brand of the ferretti group that was founded in 1968 on the centuries-old italian shipbuilding tradition. the company is a world leader in the design, construction and sale of motor yachts that have always been characterized for their quality, safety and sea performance. CRN-mega-yachts-chopi-chopi-designboom04