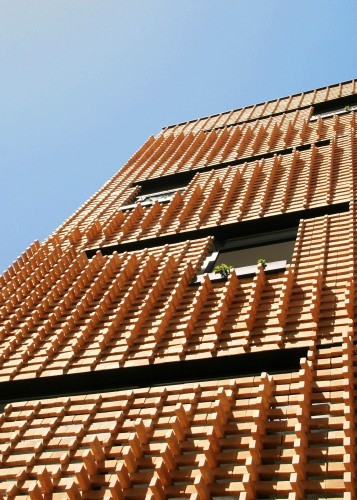 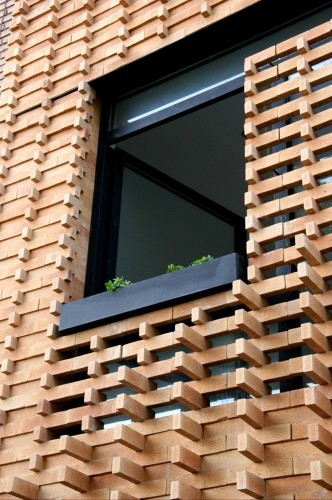 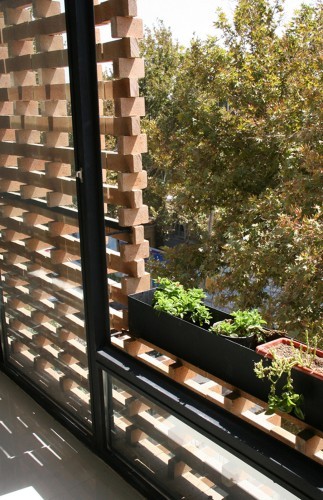 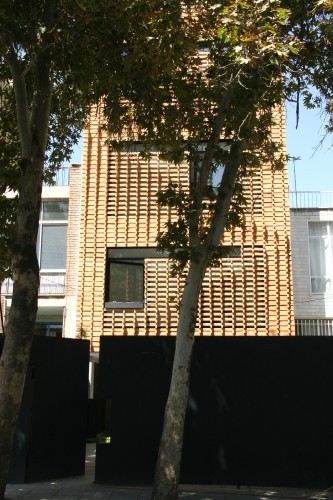 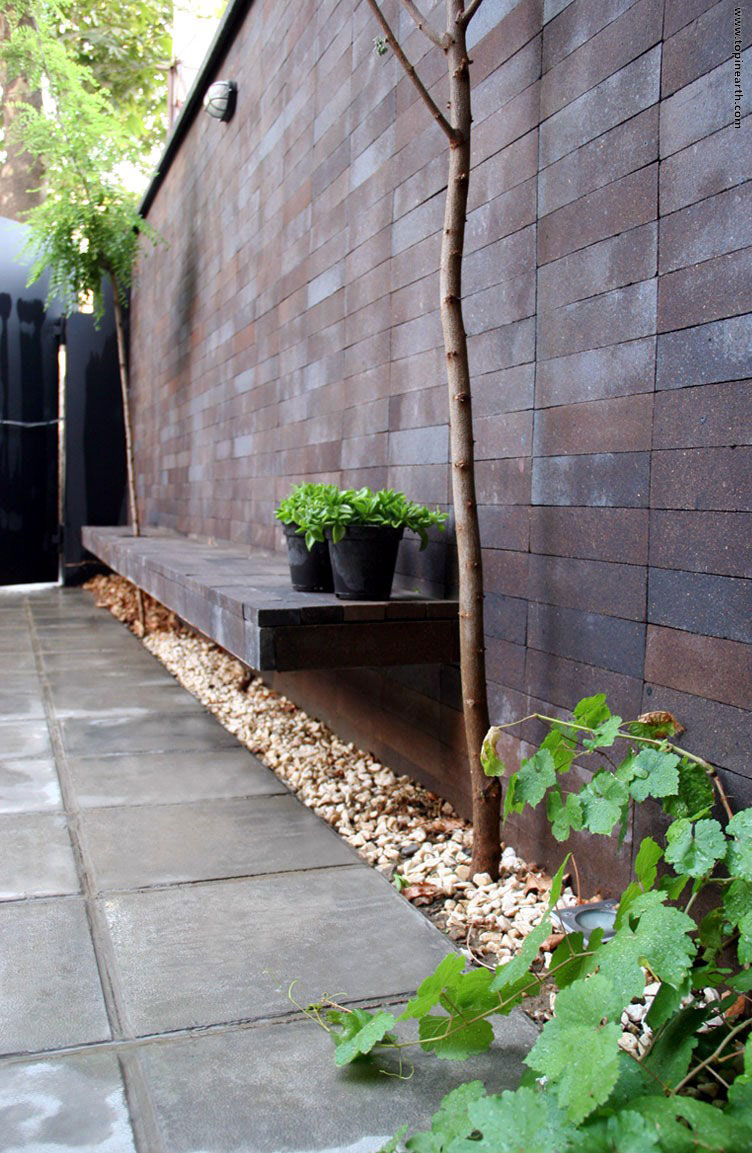 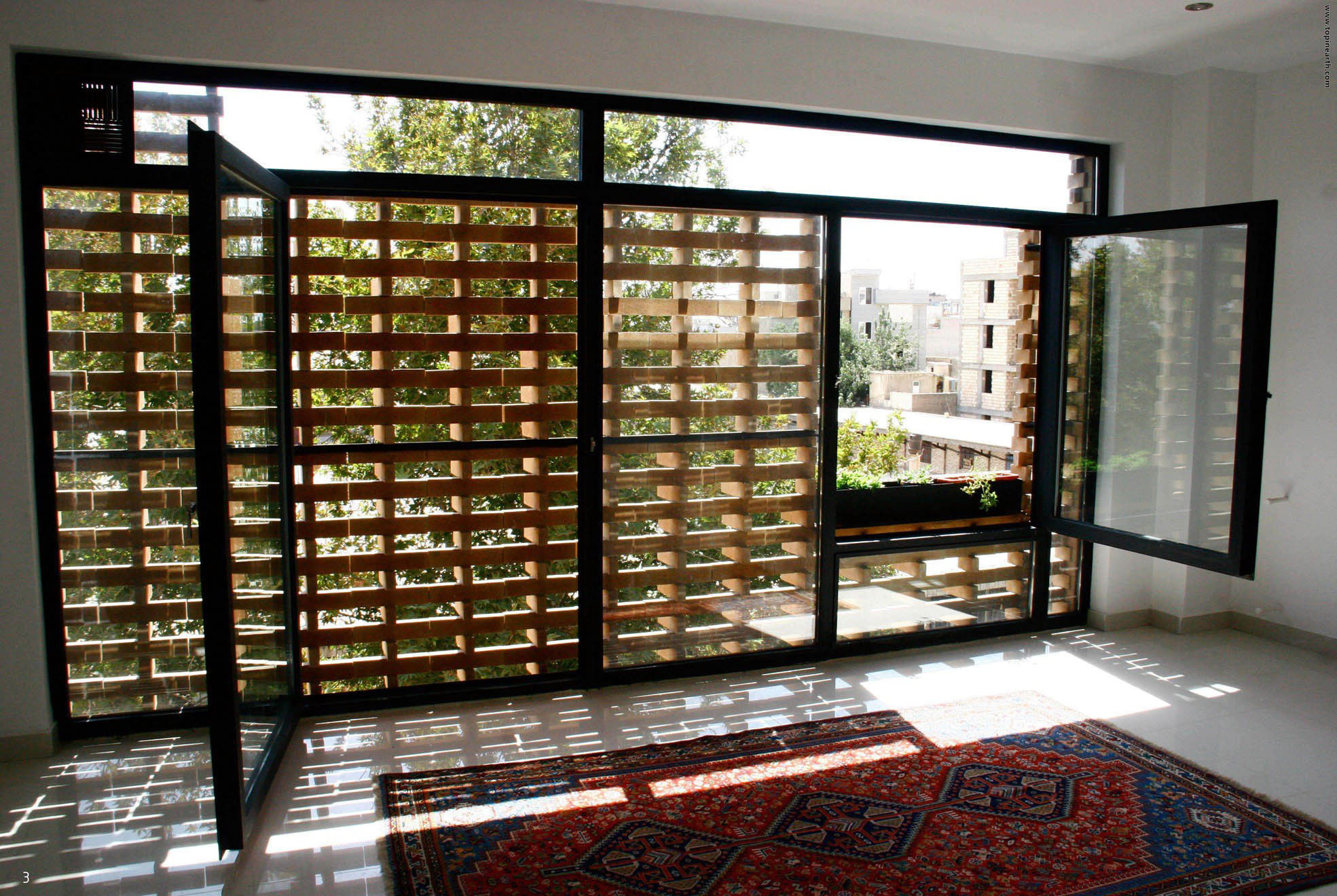 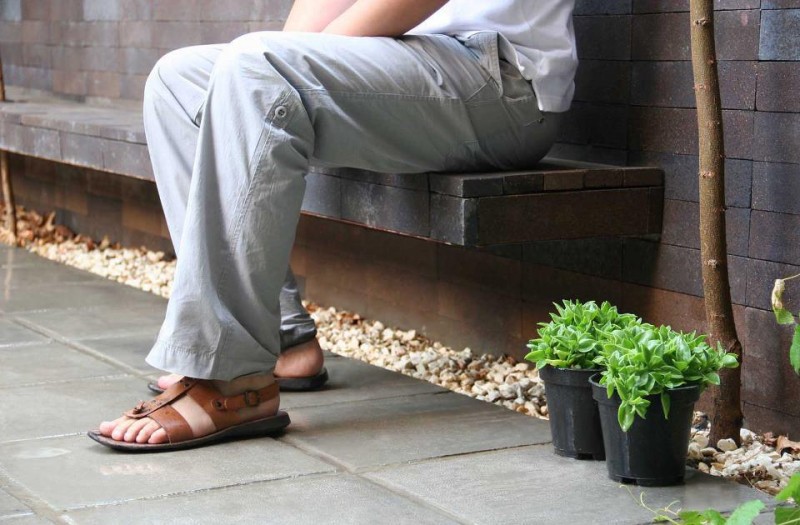 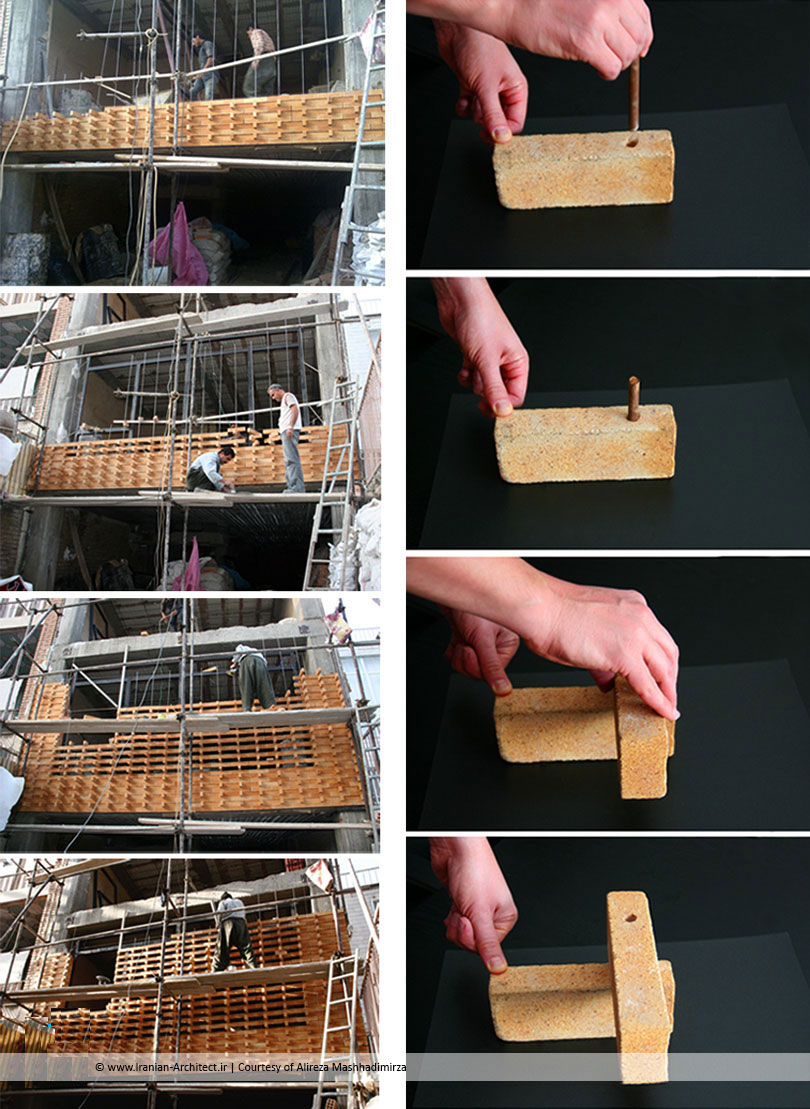 PROJECT GENERAL INFORMATION Name : Brick Pattern House Location : Tehran Architect: Alireza Mashhadmirza | www.mashhadimirza.com Date : 2011 Area : 130 m² Awards : – Third place in Memar Grand Award – 2011 Shortlisted for the housing category for the 2012 world architecture festival – Photographs: Courtesy of Alireza Mashhadmirza In my country architecture is a luxurious fantasy, but in much country which architecture is a reality. The building is located in one of the poorest districts of Tehran in jeyhoon area, where let alone the architecture, you can hardly find a building that has the minimum standard requirements of a sane building. I always considered the social role of architecture. This project was a challenge for me. I knew I didn’t have any chance to earn money on this project, but I was determined to show that architecture can happen even in such economically and culturally poor area. There you can hardly make something that is not a square box. The only think you have to work on it as architect, is the plain façade of the building. The construction cost for this project (including structure and technical services) was equivalent to 180 us dollars per sqm and the building plot was 130 sqm. The professional fee the owner could pay to me was so low that I could not pay a resident and tight supervision on the building and on the other hand the workers could not be left with complex executive drawings. Therefore I’ve decided to create a method that does not need any phase 2 drawings. The result was paying more attention to details and designing complicated details in a very simple way. In jeyhoon area, no owner can afford the costs of a contractor and the houses are built by the owners themselves. This is the case. During the construction, I had to deal with a few workers that didn’t have any idea about the construction industry and standards. Construction machinery and equipment were primitive. Nevertheless, in this condition, I could not deliver a village cottage to my client, but a city building with an earthquake resistant structure, energy saving walls, acceptable acoustic properties, fire safety and functional technical services. The space requirements were also similar to any small scale modern apartment building. In our country, labor wage is proportionally low and the possibility of creating special designs on smaller scales is more than developed countries. In this project, I tried to be creative on using local labors and show how valuable a brick facade could be. Considering my limitations on one hand and my wish to give a clear architectural message to the people of jeyhoon on the other, I decided first to concentrate my effort on the exterior of the building. Interior design remained nothing more than a functional space aesthetically related to the façade. In order to recall the traditional architecture, I used brick as the main construction material and made a kind of contemporary mashrabiya to cover the whole façade and to mitigate the glaring sun light of Tehran. We designed a tridimensional brick wall which also has a cultural value. In our country people care so much about privacy in their houses and they usually use curtains to block the windows. Therefore, they will miss the outside view .with this semi-transparent brick wall there is no need to put curtains and we can still have outside view. In respect of our low budget, we needed to create a method which does not make us produce lots of executive drawings and does not require a great amount of time for supervision. So we invented a new and extremely easy mean of communication based on a table including all needed information for creating the facade. This is something similar to the instructions traditionally recited in the carpet workshops during the work time to coordinate the activities of several weavers working on the same carpet. We named this instruction “method 23″ because everything is associated with the number 23. 23 brick rows, 23 sliced bricks, 23 boxes of bricks, and 23 columns of structural supports. This method is like putting together pieces of a simple puzzle, each has a code to identify the location and orientation. The complete instruction was included in one a4 page given to the workers. According to this instruction the workers received 23 brick boxes. Each box contained the numbered and sliced bricks. As it is shown in the chart for example there were 23 bricks in the first box numbered from 1 to 23 and in the 23rd box there was only one brick which was the no.23. All the bricks were drilled like it is shown in the picture. In each floor there were 23 boxes. The workman first opened the box no.1 and put the bricks in to the framework starting from number 1and ending to no. 23. Obviously we needed to explain our method to the workers, but once they understood the trick, the work became a child’s play