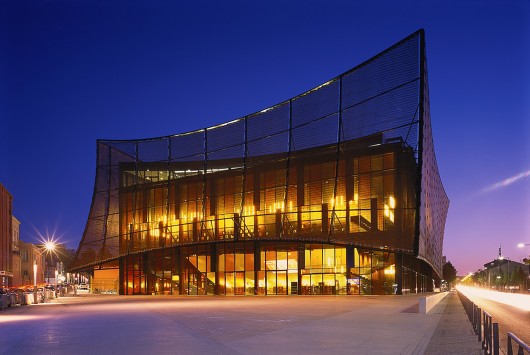 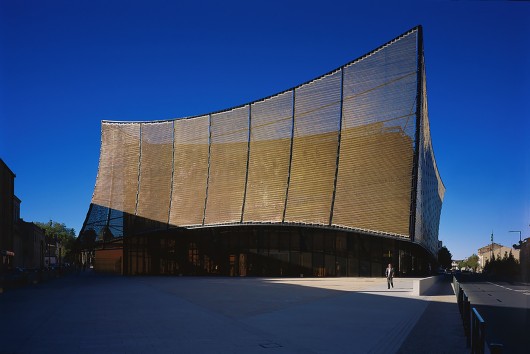 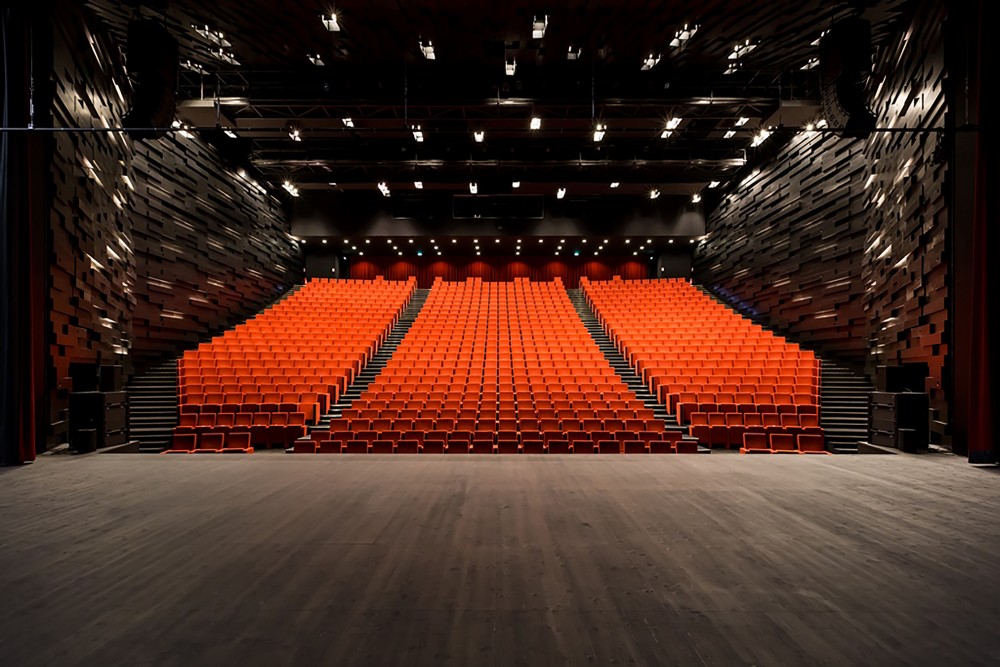 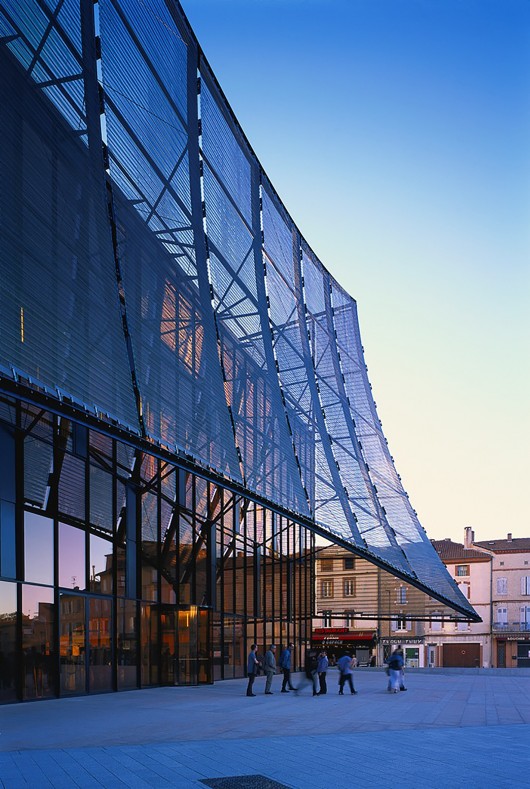 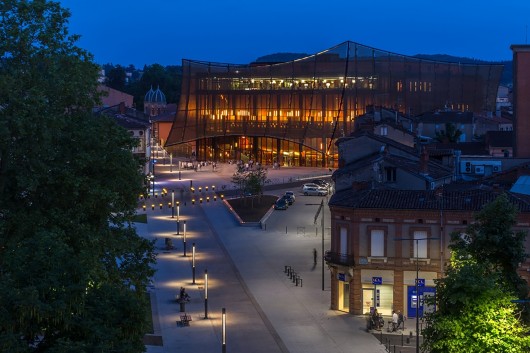 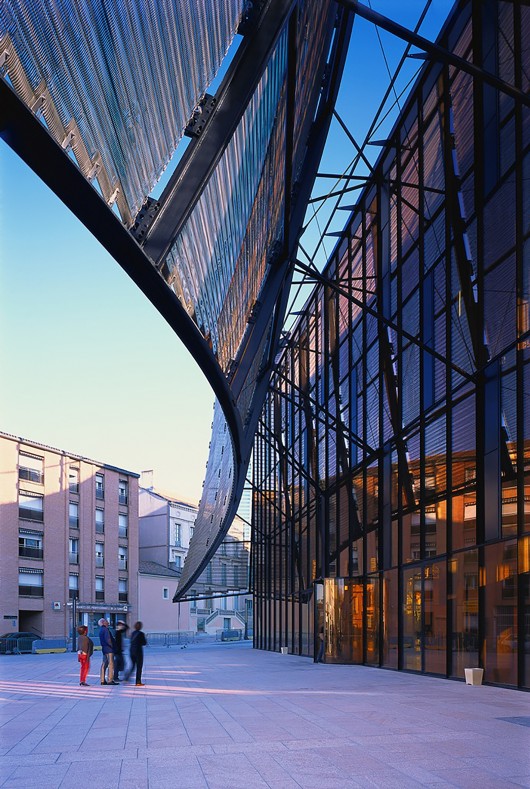 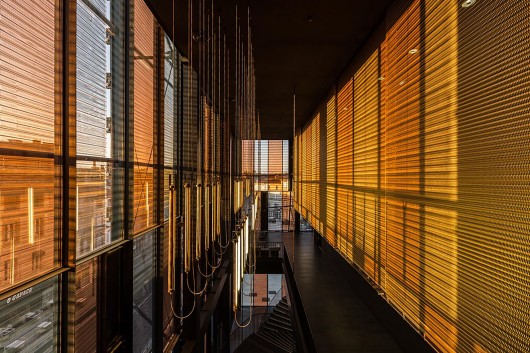 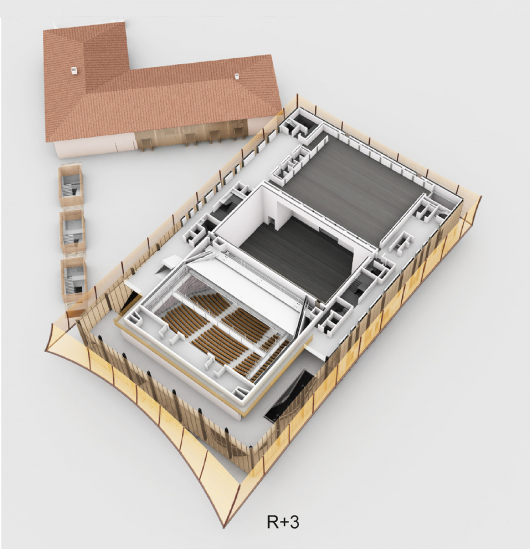 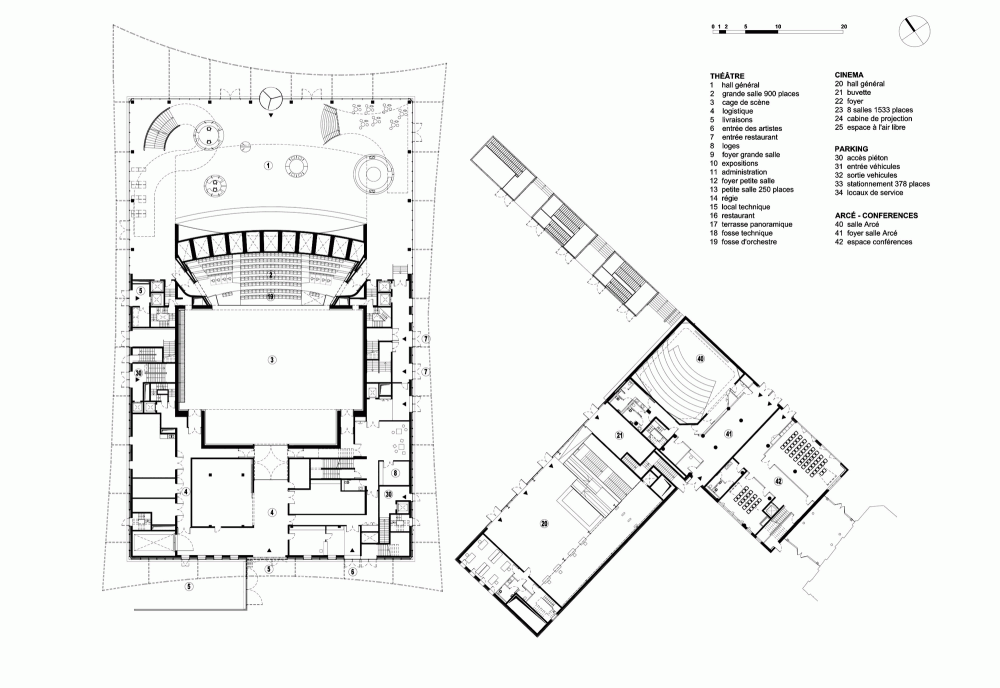 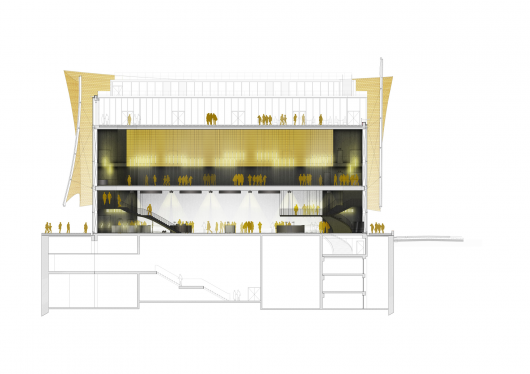 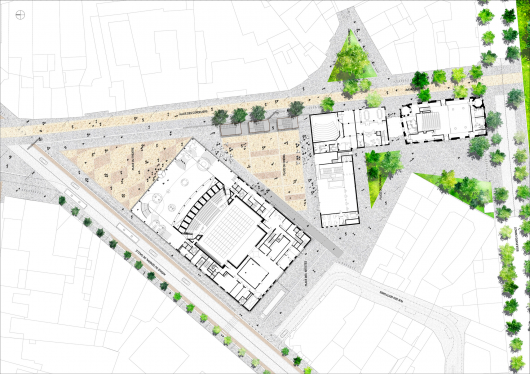 Architects: Dominique Perrault Architecture Location: Grand Théâtre, 81000 Albi, France Area: 34000.0 sqm Year: 2014 Photographs: Georges Fessy, Vincent Boutin Local Architect: Christian Astruc Architects Structure: VP GREEN Mechanical Engineering: ETCO Economist: RPO Scenograph: Changement à vue Acoustics: Jean-Paul Lamoureux From the architect. The Albi Grand Theatre is going to transform the texture of the city as well as its cultural influence. This building appears as an outstanding architectural symbol, on the outskirts of the historic centre. We have given priority to the presence of the Grand Theatre instead of the cinemas, in order to organize around it a network of public spaces and of cultural facilities. The Grand Theatre will be its centre. Along the Alley of Culture, different public spaces will follow one another, punctuating a walkway going from the cathedral to the Rochegude big public park. This path begins with the creation of a square at the level of the Sibille Boulevard, then arrives on the theatre place, and continues on the cinemas place in front of the Athanor, to finally open onto the public garden. That’s the idea of an « urban walkway » animated by the succession, the juxtaposition and the interaction of several cultural buildings. We chose to clearly identify those different buildings with places which give them an address in the city. Therefore, the preserved Athanor building is modified to create the entrance of the cinemas. It becomes the visible part of this « iceberg », offering a big lobby, with maybe some shops and a café at the square level. In the basements, we find all the screening rooms. So the base of the theatre place is totally occupied by the cinematographic complex. This layout allows us to liberate all the public space and to open it generously to the urban activity and the population. The very simple geometry of the theatre allows a setting up along the Général de Gaulle Avenue, in an attempt of urban continuity and proximity with the multimedia library, generating two more or less triangular places on the side of the “cultural alley”. Those two public spaces, new in this urban infrastructure, are laid around the theatre: one is opened towards the historic centre and the other towards the neighbourhood. We searched a compact volume which allows the theatre‘s dimension to fit for the best into its urban surrounding. We also searched some functional, simple, direct and immediate principles, especially for the access, by the public space, of the trucks, on the same level than the stage and the backstage. It doesn’t necessarily means that this back side of the theatre is « dead », because upstairs we can find the boxes and the administration, and above the experimental room. So, the four sides of the prism are opened and inhabited. Of course, the only opening on the theatre place is fully glazed like a big window towards the city, welcoming all the lobbies, the galleries, the balconies and the big auditorium. From this transparent volume, we’ll reach the experimental room on one hand and on the other hand the roof-terrace, where will be set up the hanging garden and its restaurant. From this height, we’ll have an open view on the outline of the city of Albi and on the surrounding landscape. The building is made of concrete, covered with bricks. We will use this material for the outside as much as the inside, for the floors as much as the walls and the ceilings, to create a mono material architecture. To the solidity of the brick, we oppose a smooth and lightweight cover, which will dress up the prism of the theatre. This cover of metal mesh, red copper coloured, which doesn’t rust, like clothing, will take on the verticality of the building on two sides, and will take away from it on the other sides, to open like a big drop cloth on the theatre place and the cinemas one. The curves and counter curves required for this static mesh create a free, happy and lyric architecture. We’ll also see there the metaphor of the drop cloth or the evocation of an opera stage design. But most of all we’ll find there some brilliance, reflection, colour, which reminds an architecture « dressed in a bright light ». This metallic woven skin, as a lace, is going to protect the functions of the theatre without separating them from the functions of the city. It’s going to filter the light and to break the wind and the rain. This big ornament has some sustainable qualities. The mesh will adjust to the spaces and the uses that it covers. It will be possible to weave it larger to offer some views from inside to outside or tighter on other parts, to hide some structural walls, or to filter, like a sun break, the light in the big foyers.