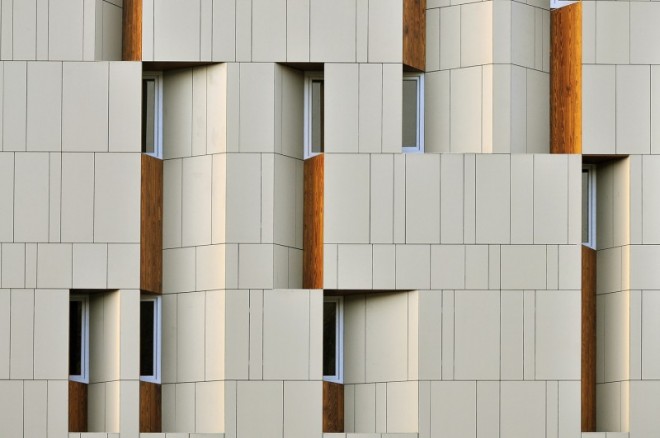 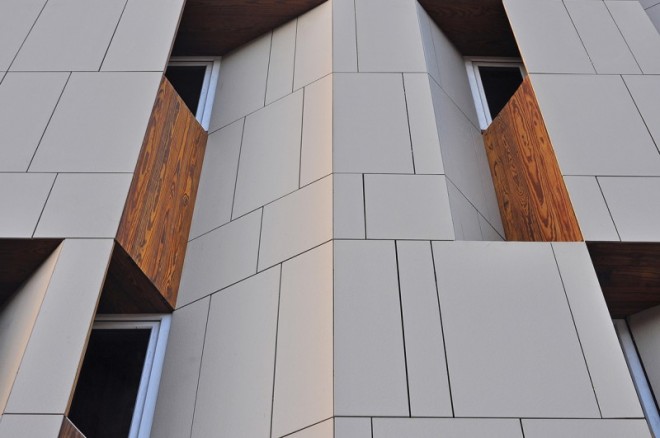 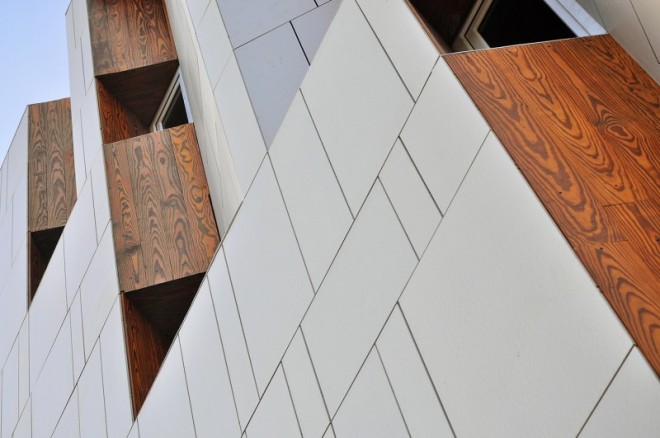 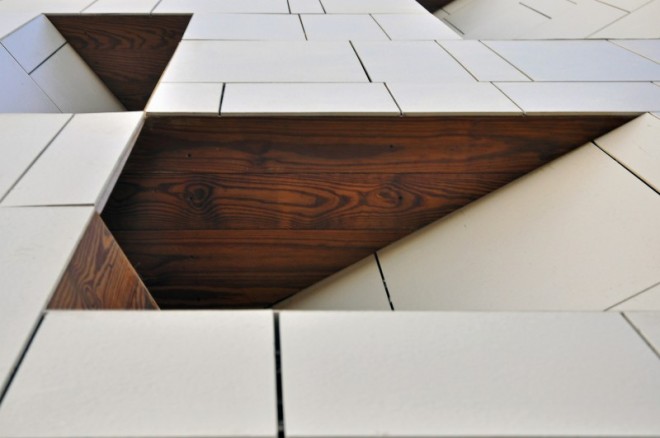 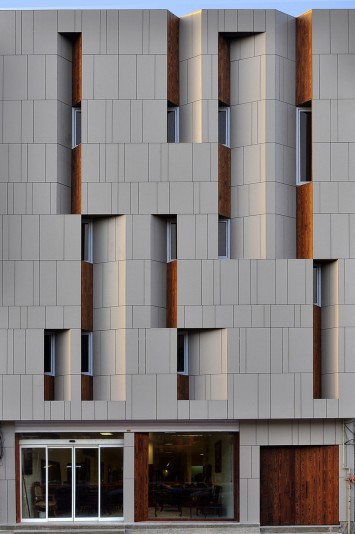 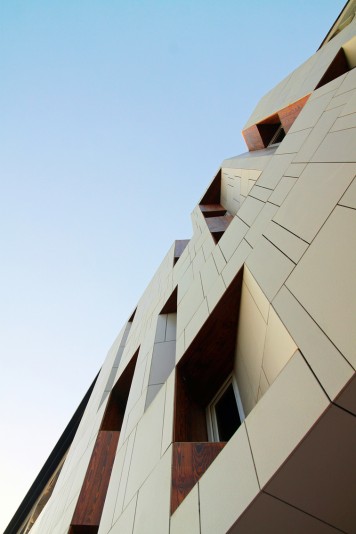 PROJECT GENERAL INFORMATION Name: Lamkadeh Furniture Building Location: Tehran, Iran Architects: Office Comma | Iman Shafiee, Behzad Maneshgar Design Team: Ghazal Goodarznia and Samaneh Sadatmir Date: Spring- Summer 2013 Area: 112 sqm Type: Facade design, Renovation Executive Team: Majid Ghiasvand, Hamid Emami, Iman Zare Client: Masoud Dolatnia Photographs: Masih Mostajeran, Hakim Hemadi Awards: 2nd place (Shared) in Memar Grand Award, in the renovation category – 2013 With regard to the potential of making the depth to 40 cm, the relationship between the surface and the depth is the main objective of our project. How could this relationship influence a viewer who is driving fast in the highway? And how could this impact create a mental image in him/her? An image-memory. Making a consistent contrast between the surface and the depth, brightness and darkness, smooth and coarse, natural and artificial, is the way to make this impact; a bissociation which can create an afterimage in the mind. This is where the facade can become an effective factor. The project was formed by analyzing the network of the current facade in the project’s context and transforming it into a new three-dimensional network. Considering the project’s situation, during the day the building receives the sunlight from the southern side of the building and its northern side provides secondary light and a view to the highway. On this basis, the control of the view in the northern side of the building, which is our intervention area in the project, is considered as the strategy (inside to the outside). The random model used in the surface increases the intensity of the visual sense and the contrast with the depth; “the sensation which passes from one order to another, from one level to another, from one area to another” Francis Bacon. The overall structure is made based on the amount and manner of relationships and facade as the visual side of this structure reflects the inner life and the inner behaviors of the space. In this process, it is the total unity which becomes important and results in the consistency of the elements and things; exactly like the formation process of a Gabbeh.