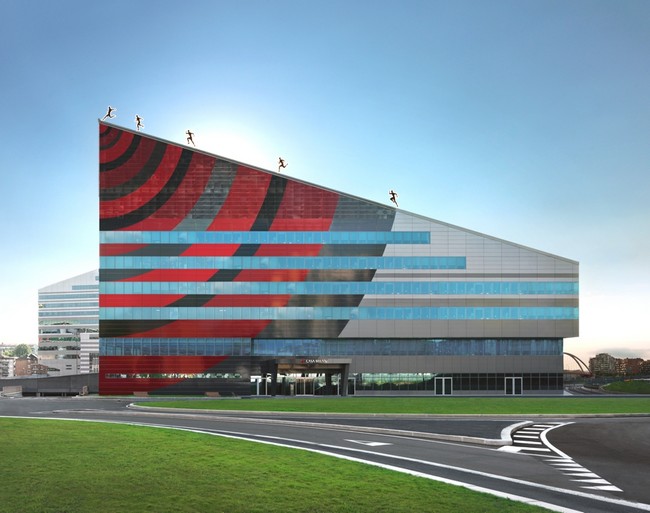 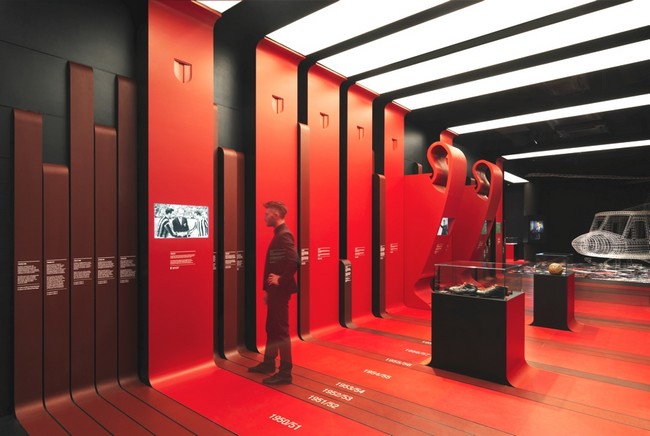 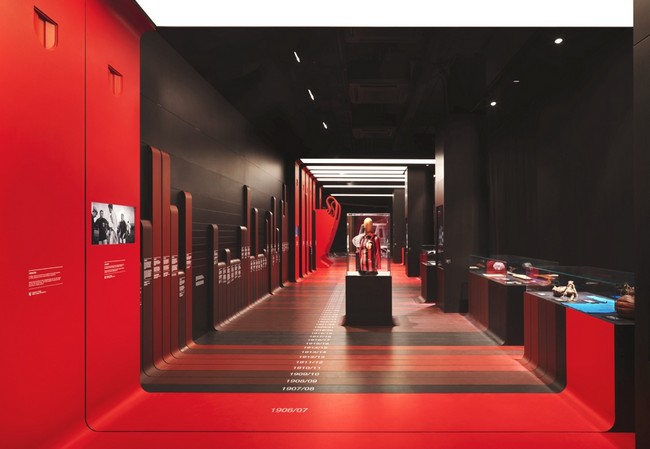 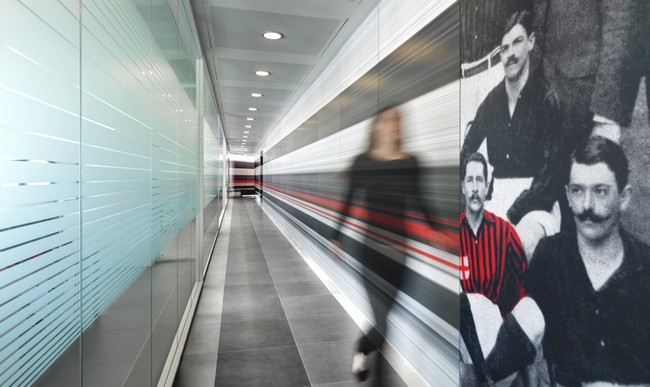 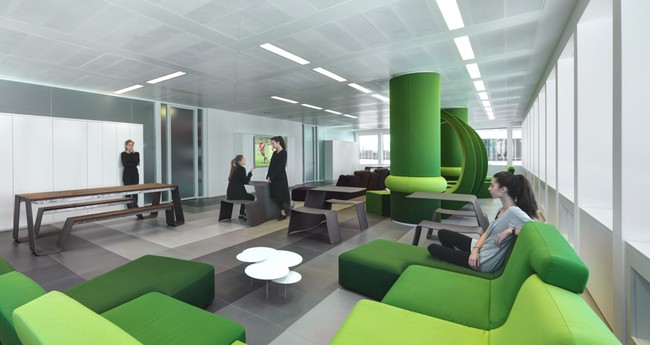 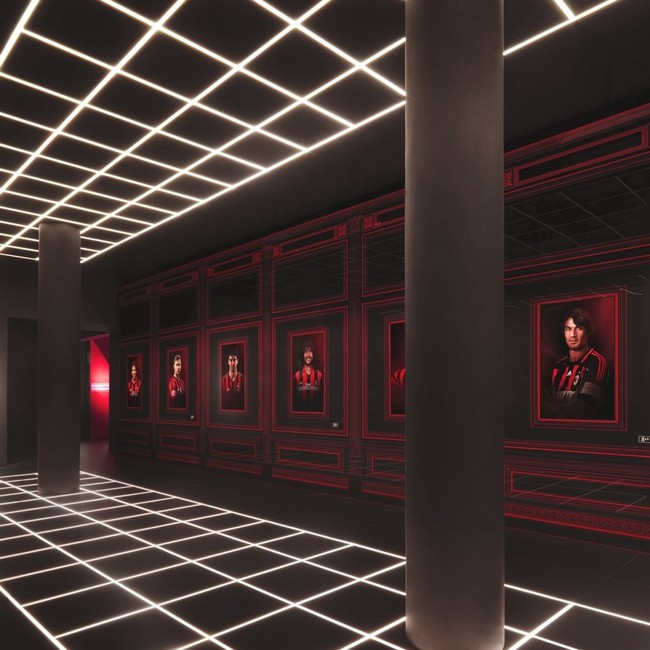 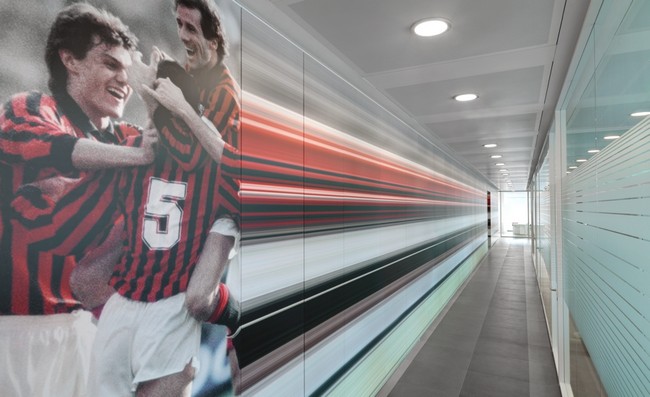 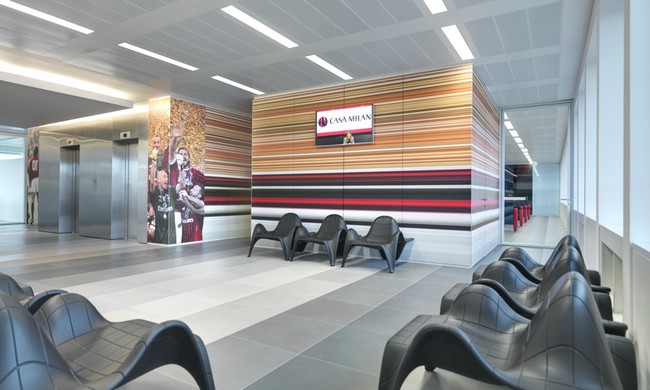 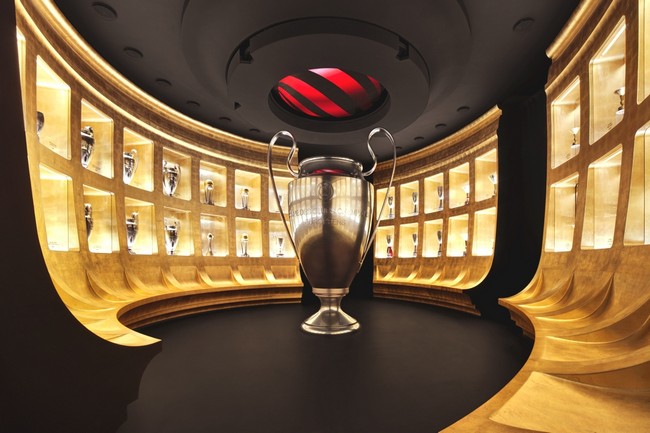 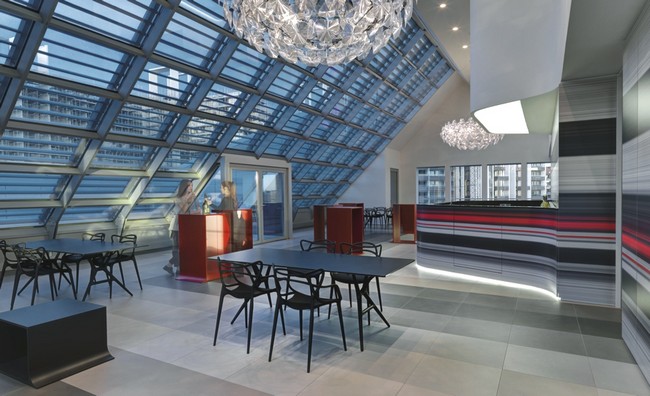 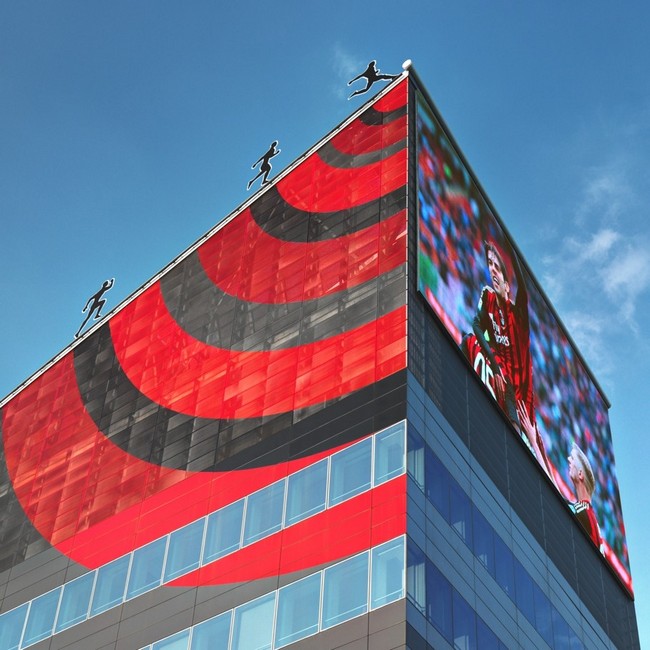 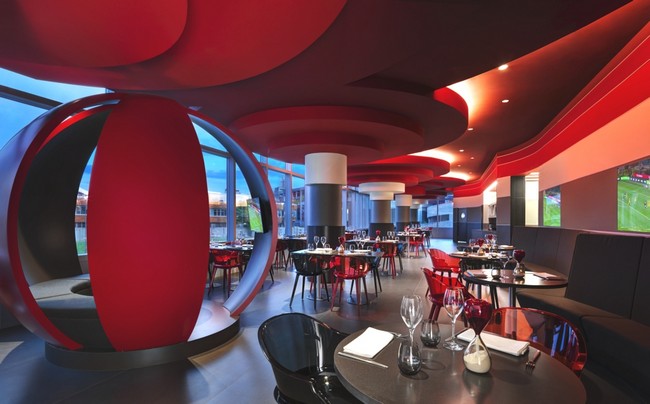 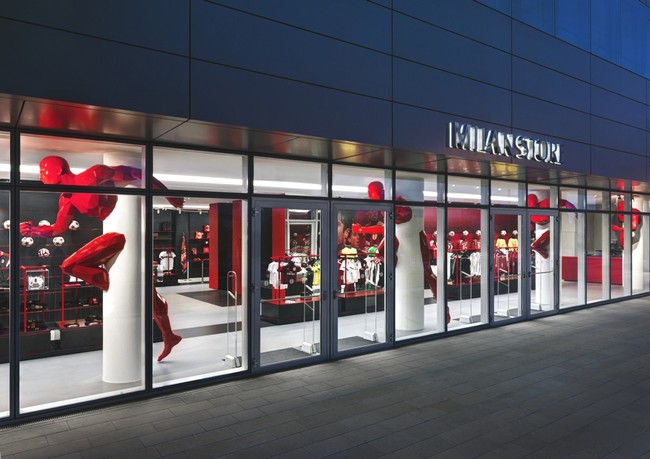 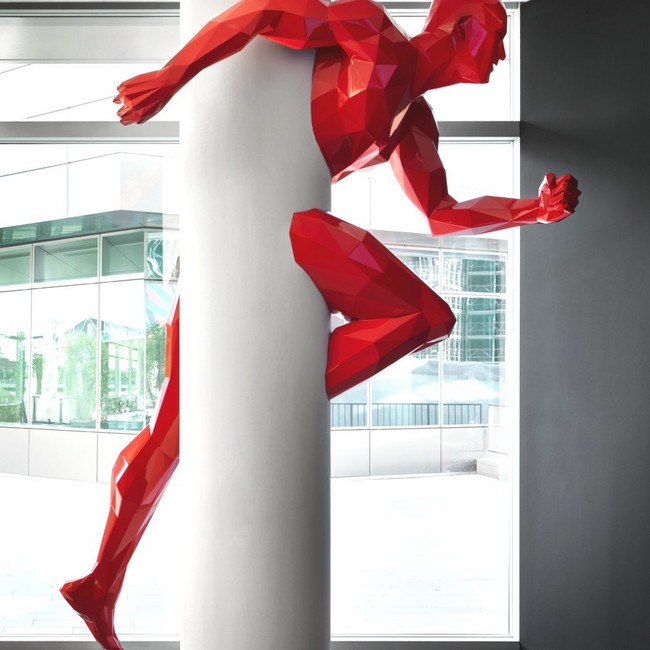 Casa Milan is the new headquarters of AC Milan who relocated in 2014 to a space designed by the Fabio Novembre architectural practice in the Portello neighborhood of Milan, Italy. The football club stayed almost 50 years in their original headquarters and now it was time for a change with a contemporary design that centers on the key points of the club, namely men, motion and emotion. Spreading over a surface of 10000 square meters, the new headquarters has seven floors that host the management of the club, a restaurant, a museum, an official store and the Milan Lab. The space is furnished with images of the club’s history and you can see all the trophies won in the museum. The restaurant has a vertical layout with columns and circles of different colors, while the store focuses on motion with several large figures standing out. Three of the floors are occupied by the management space which contains meeting spaces, offices, a press room, a council room and a breakout area with iconic club images.