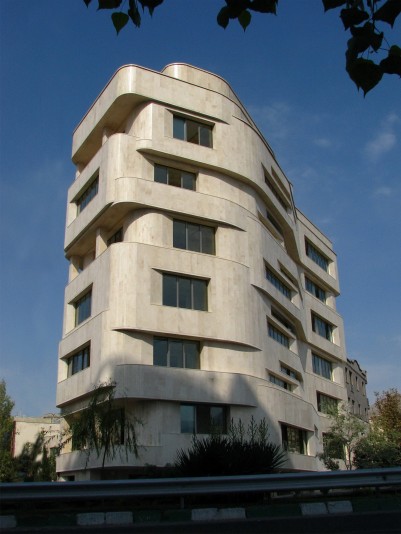 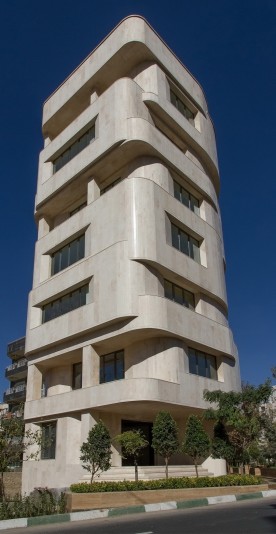 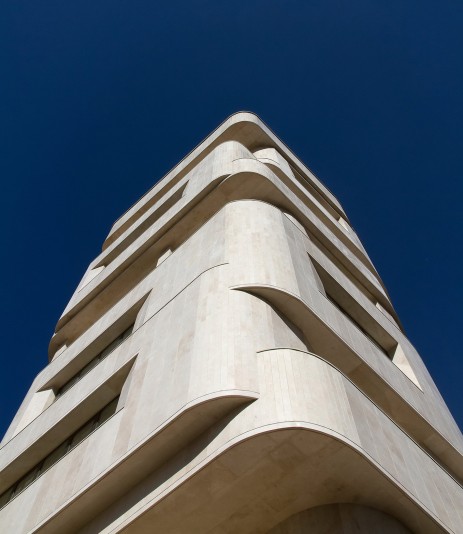 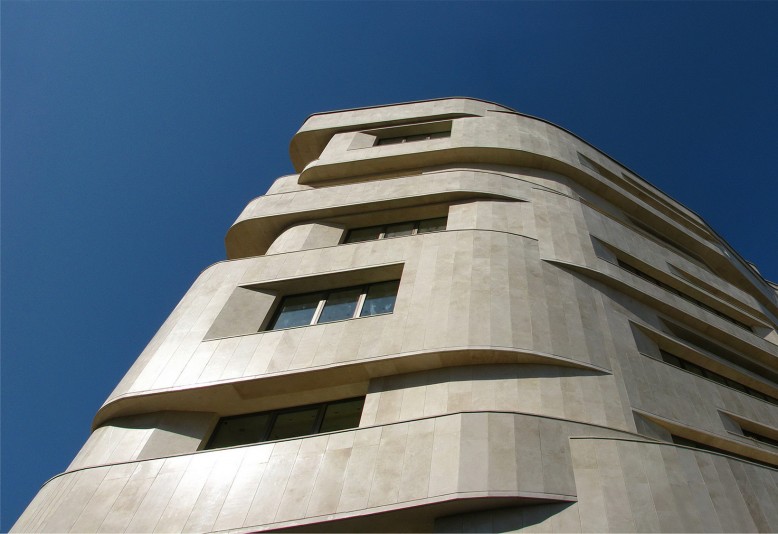 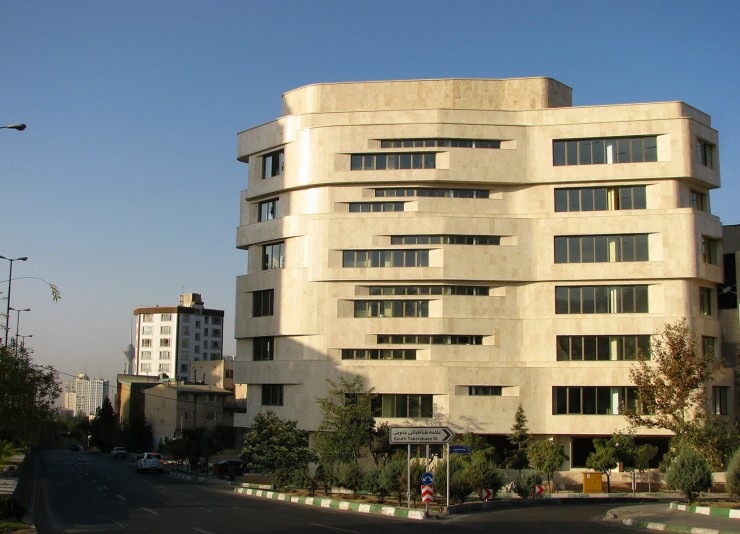 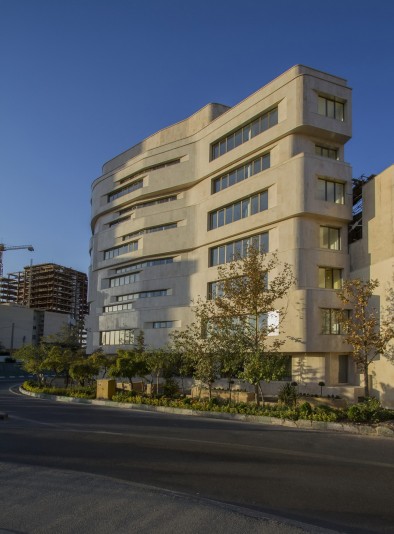 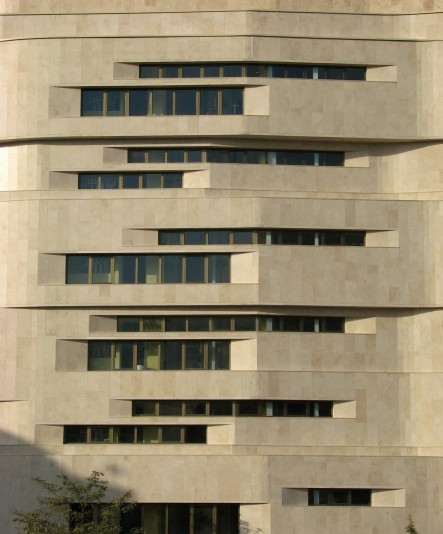 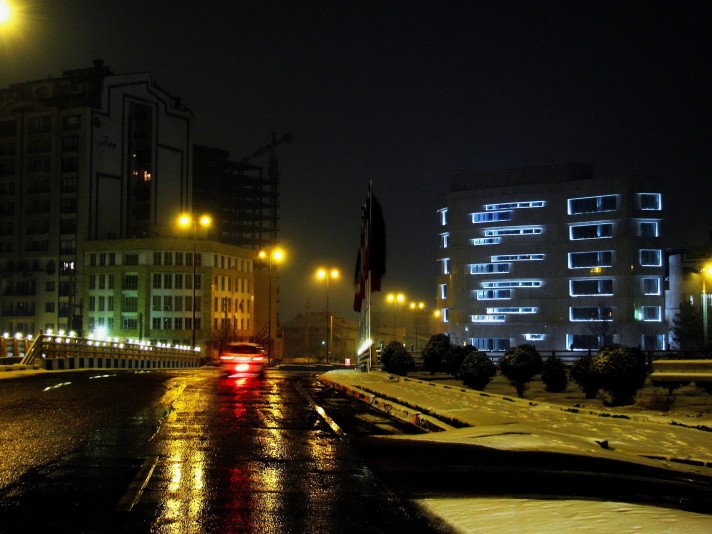 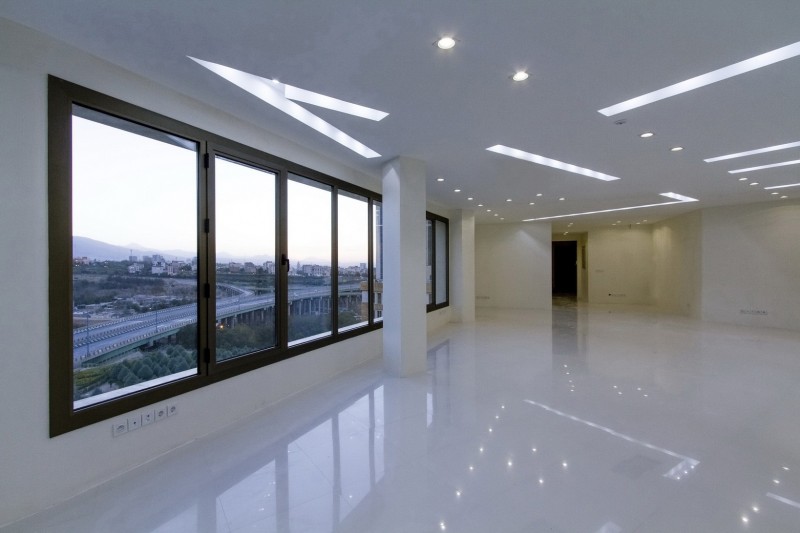 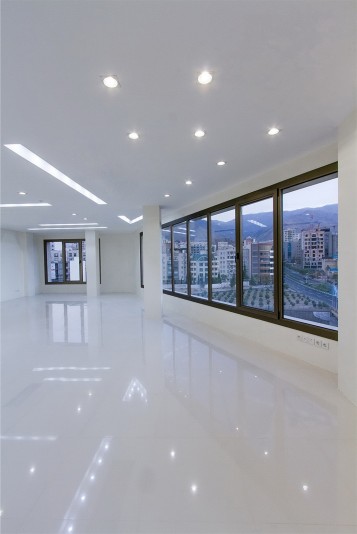 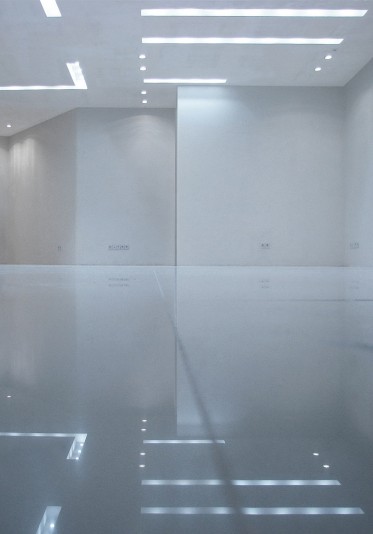 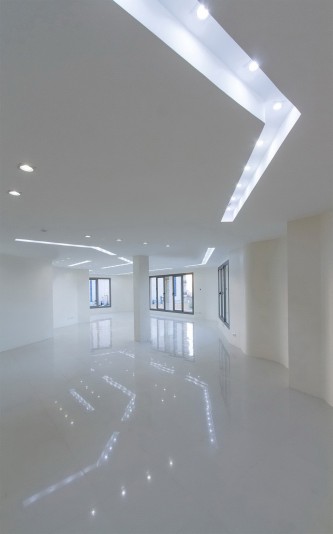 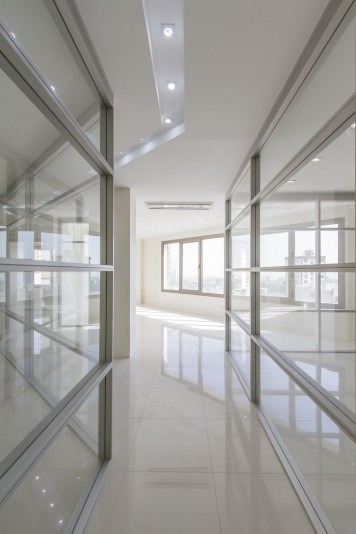 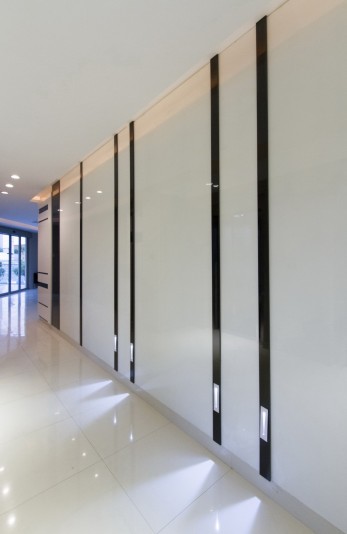 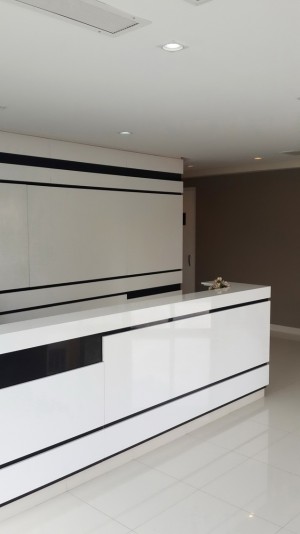 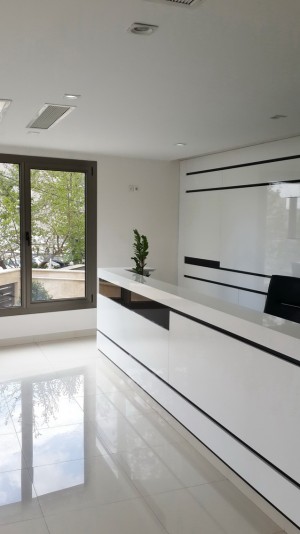 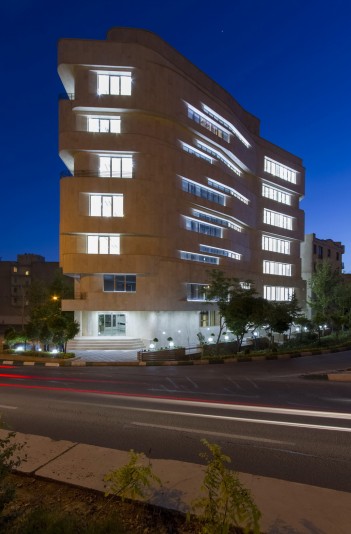 Name: Niayesh Office Building Location: Saadat abad,Tehran, Iran Architect: Behzad Atabaki Studio | Behzad Atabaki Design team: Soheil Korjani, Sayna Afshar, Hamed Sarhadi Construction: Hassan Farahbakhsh, Sam Nasiripour Site area: 476 sqm Area: 3258 sqm Building Type: Office Building Client: Reza Farahbakhsh Photo: Parham Taghioff, Behzad Atabaki + Project description Niayesh Office Building overlooks a busy expressway in Tehran and is set on a disproportionate semi-triangular plot of land. The main objective in the design was to create a form that would not reflect this disproportion. The central concept behind the design was to set the layers free from a monotonous repetition or other structural confinements. Here, each layer moves independently from the one on top or the other below. The floor layers, while not exactly similar, build up in a free manner and take on a light single-material stone-cover to create a harmonic and a homogenous identity/quality for the building. In the sunlight, dark shades are drawn over these monochrome shapes which make the lines take on a more horizontal characteristic. This characteristic is further highlighted by the height of the building in proportion to its area (seven floors on the ground). The windows, further define this concept, where some are again stretched alongside the building as they mean to help the eye glide around it. The building’s identity also takes cue from the high level of kinetic energy surrounding the site in that it resembles a photographic image of a fast moving object that is seen as stretched (and sometimes) wavelike lines. All this provides the building with free floating lines that run all around it and connect the north-south orientation very smoothly avoiding any sharp angles and giving it aesthetic consistency on every level.The interior moves along the same concept of spatial smoothness and flow. The units have been designed based on open office system and may be partitioned according to their desired functions. In order to benefit from the daylight and the fascinating views of the city, mountains and the sky, large windows have been installed. Exterior lines flow into the interior in a calmer softer way, and then onto the ceiling where they have formed track of lights and together with other lighting designed in the ceiling that provide the lighting at night. The bright white color of the walls, the floor, and the ceiling reflects the same concept of the mono-material and harmonic façade.