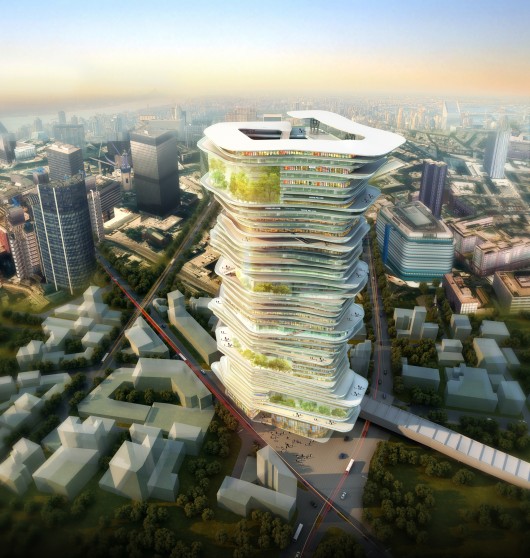 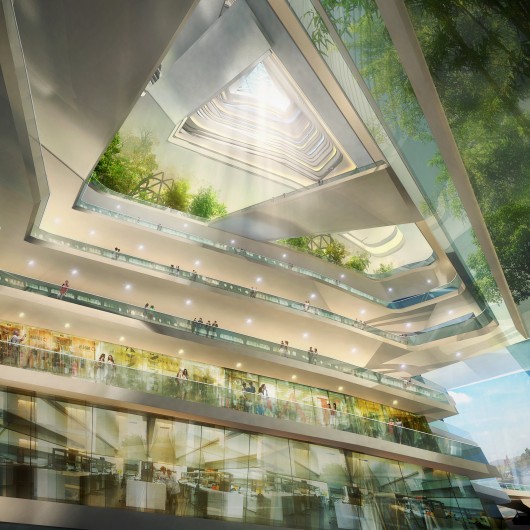 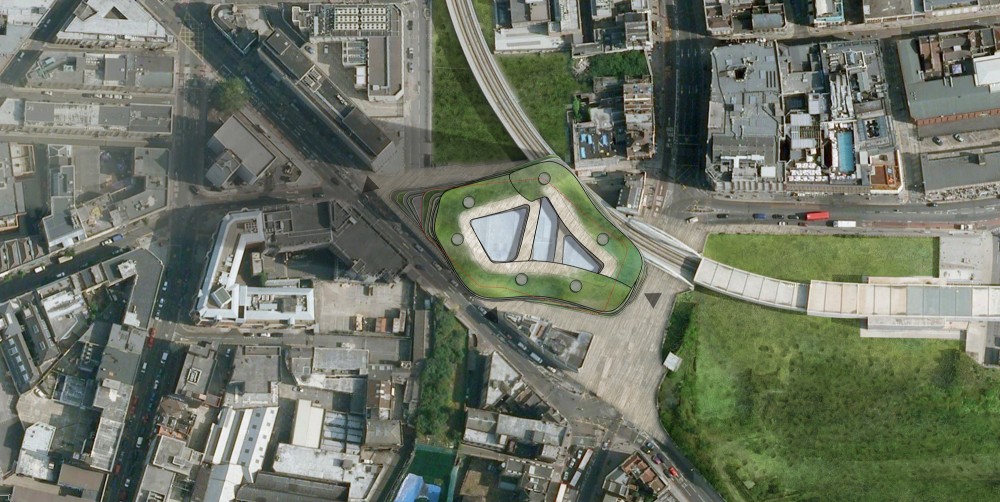 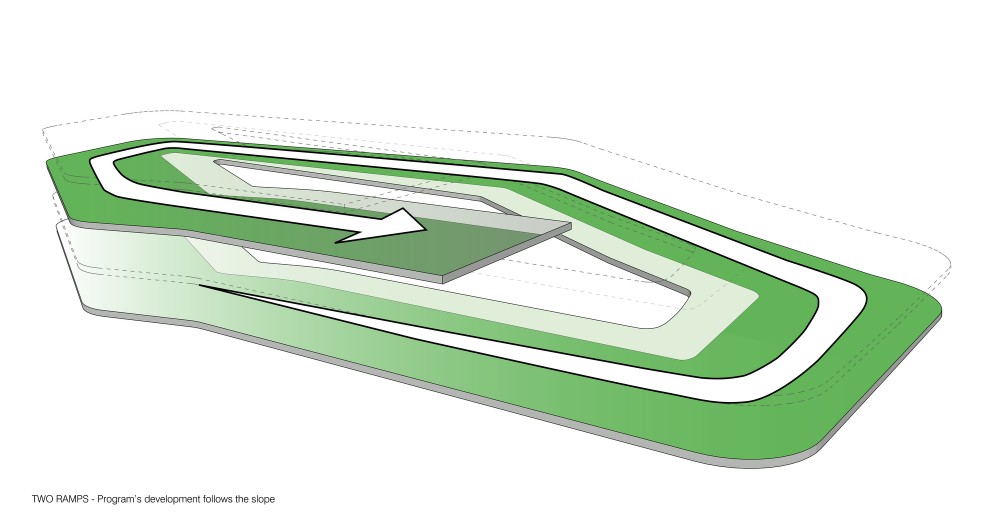 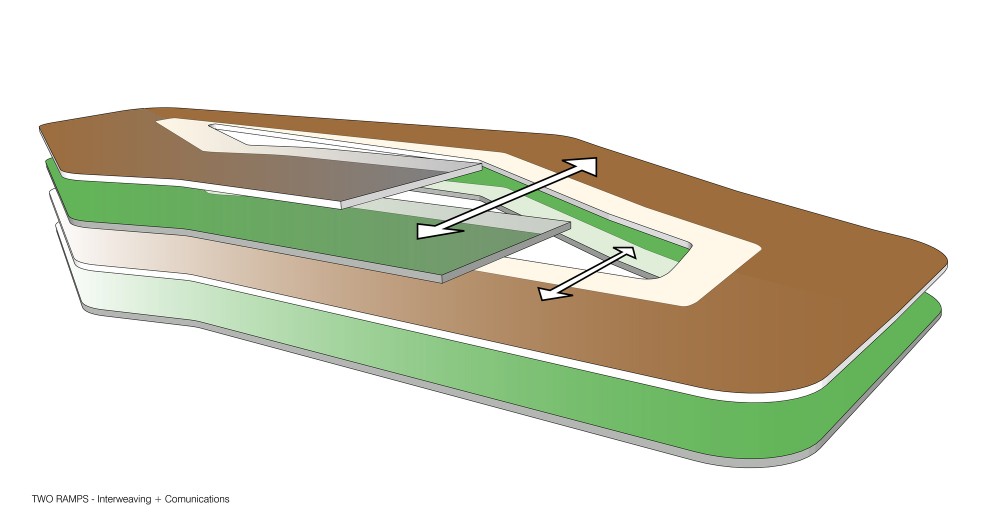 Recently winning first place in a Skyscapers and SuperSkyscapers Competition, SURE Architecture has put forth a daring new proposition for a London skyscraper design. Their proposal, titled “The Endless City in Height,” does away with the traditional notion of stacking floors on top of each other. Rather, this innovative design incorporates two street-sized ramps that wind their way up the exterior of the tower, creating extensions of the city streetscape that rise and coil vertically into the London skyline.The ramps of the building, while intertwining, would be connected to each other by a series of bridges and walkways, facilitating as much pedestrian traffic as possible. Shops located along the ramps would be much the same as they would be on the ground, being free to customize their front façade in any way they see fit. This adds a sense of vibrancy to the design. Structural support for the tower would be provided by six steel tubes, which would also house plumbing and electrical work for the majority of the building. To meet zoning requirements, the skyscraper would narrow at its base and instead spread its coiled streets outward at its crown. This would also allow sunlight into the center of the tower and allow for naturally lit parks and plazas within the massive building. Its shape and orientation is also optimized to reduce the need for artificial lighting, as well as mechanical cooling and ventilation. Architects: SURE Architecture Company Location: Shoreditch, London N1, UK Architects In Charge: Kam Tai Fai, Alina Valcarce and Eliane Billon Area: 165855.0 sqm Photographs: SURE