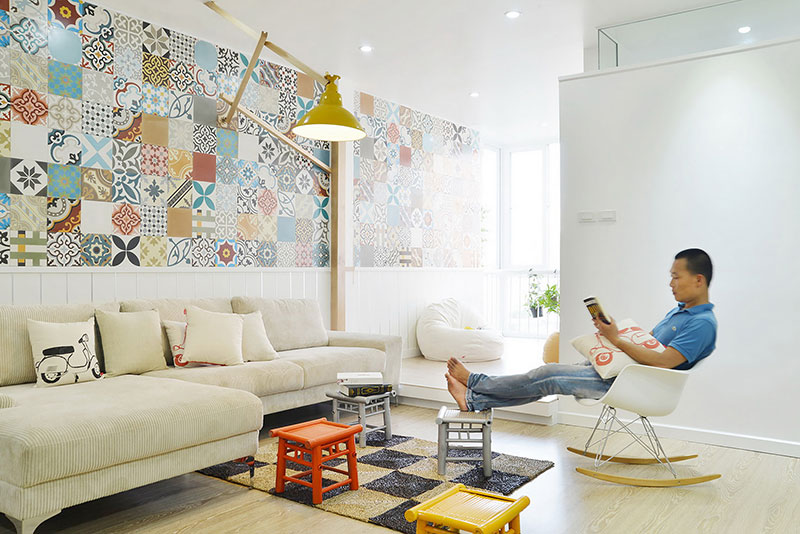 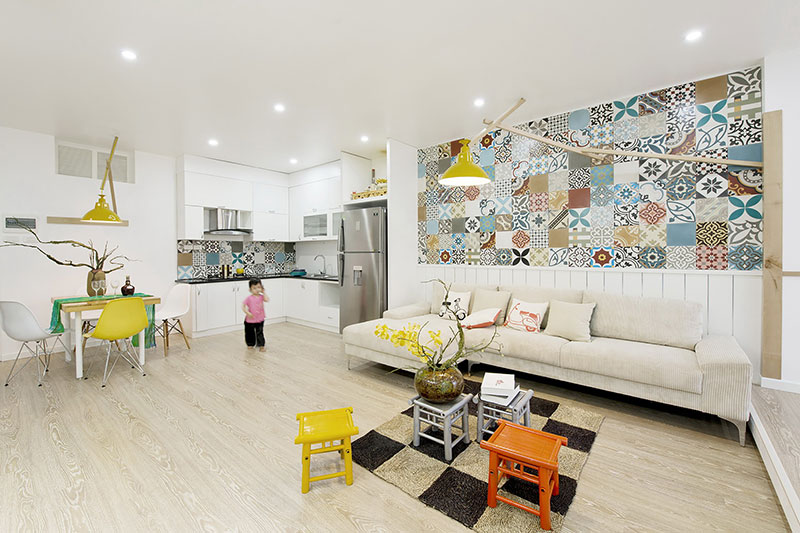 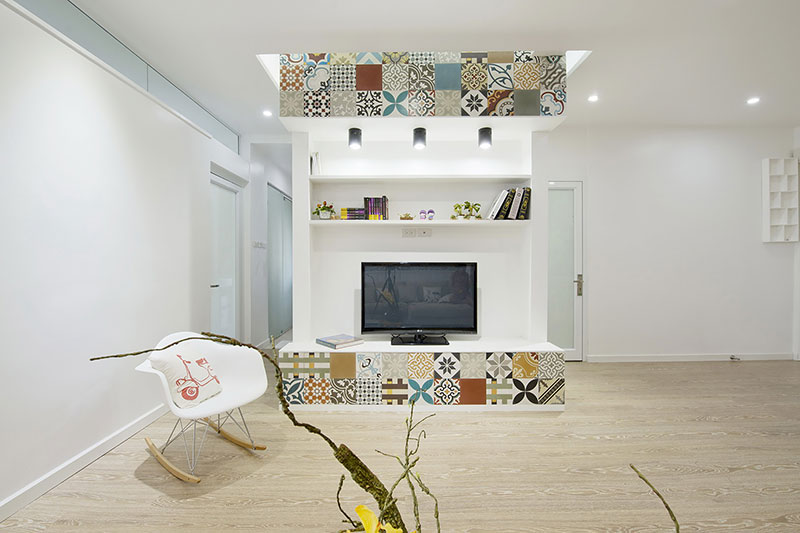 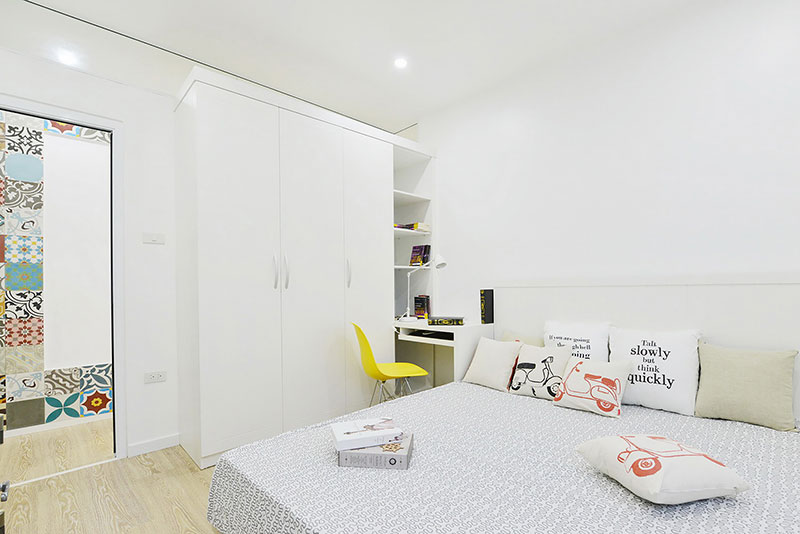 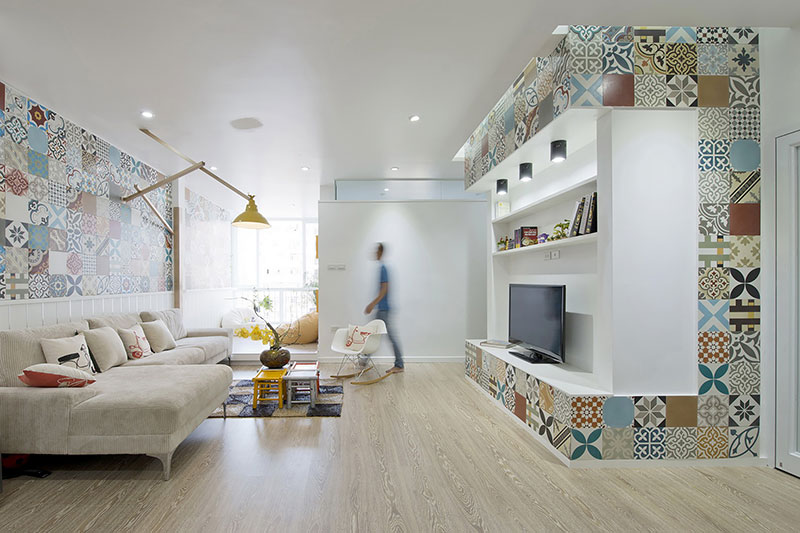 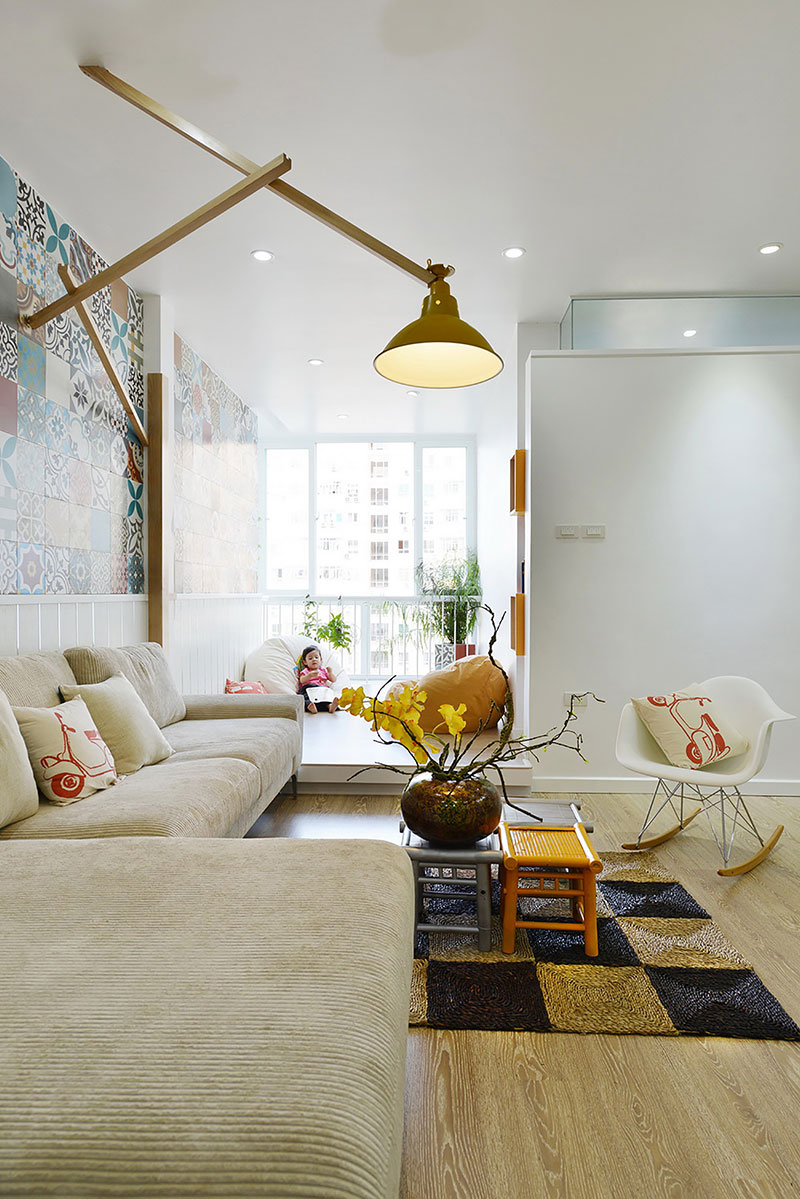 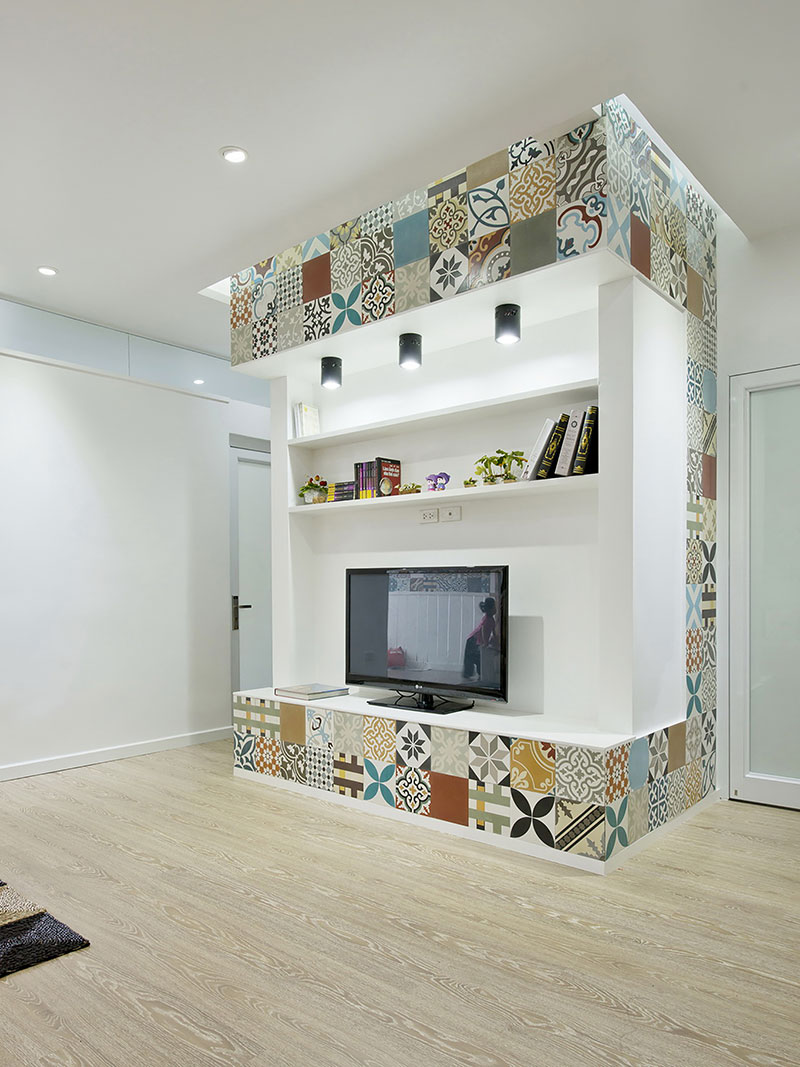 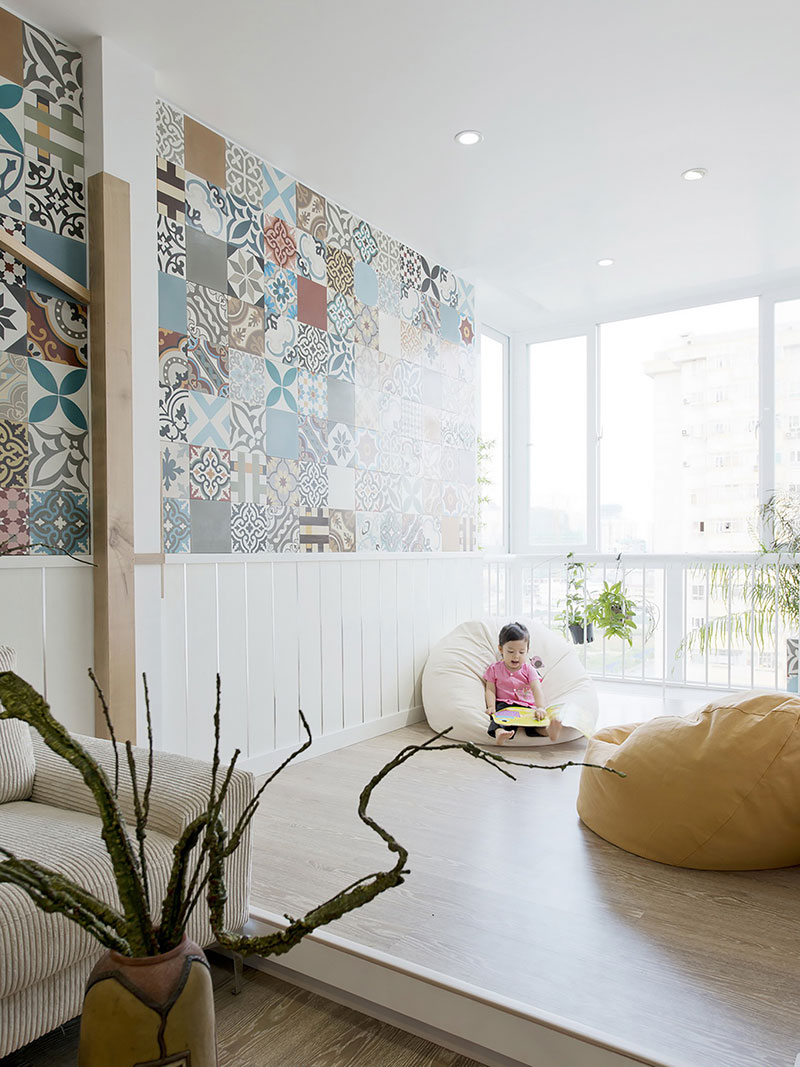 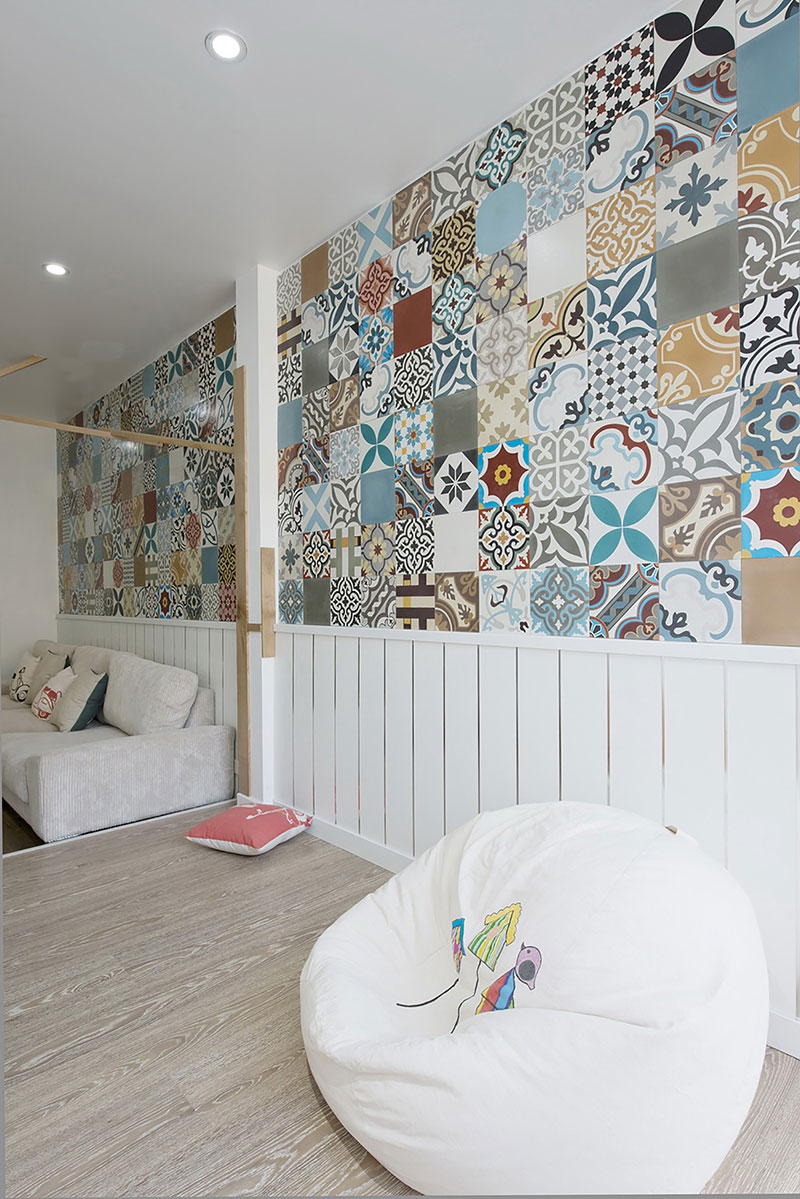 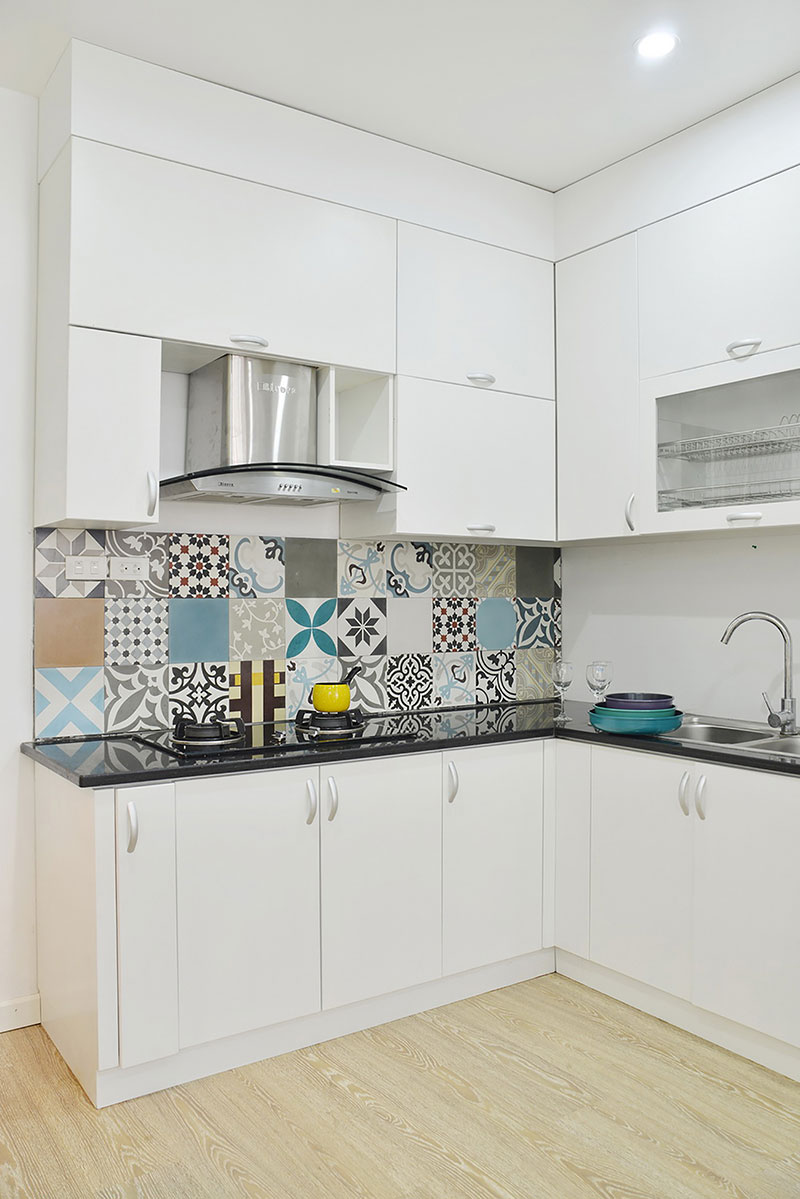 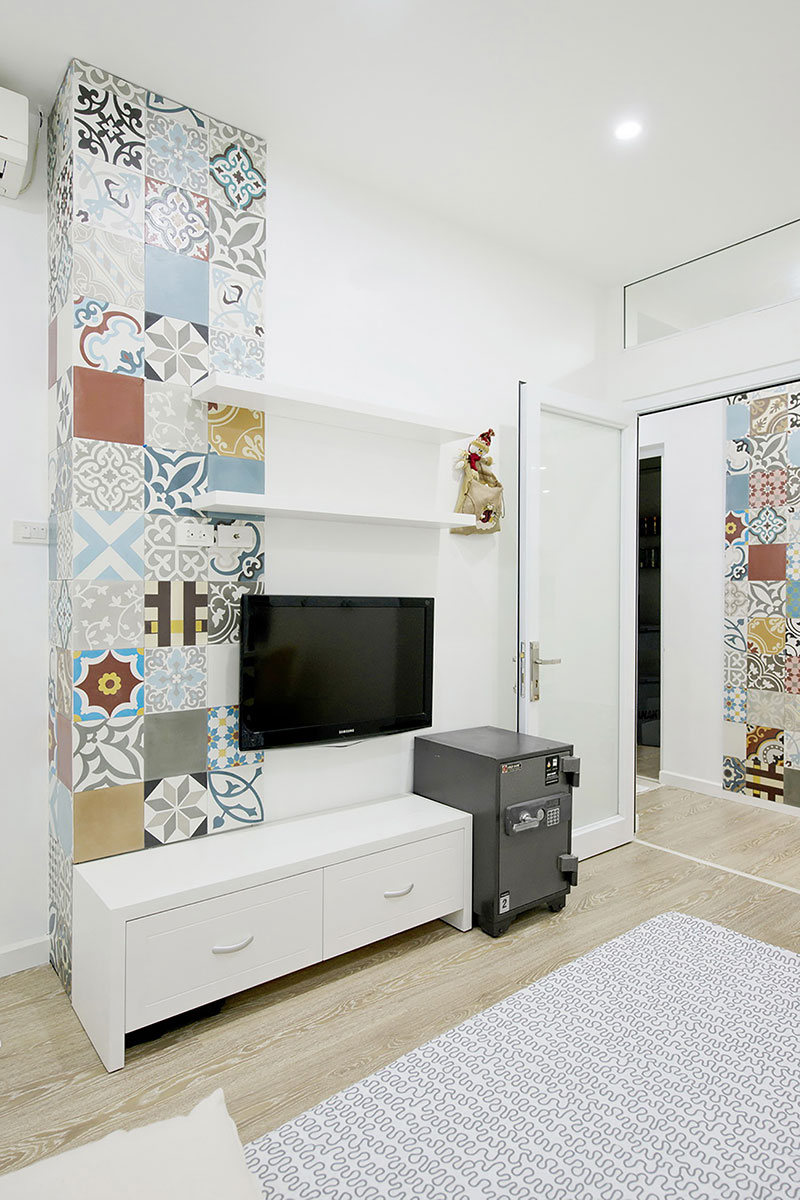 Architects: Landmak Architecture Location: Nam Trung Yên, Mễ Trì, Từ Liêm, Hanoi, Vietnam Architects In Charge: Ta Tien Vinh, Truong Tuan Chung Area: 83.0 sqm Year: 2014 Photographs: Le Anh Duc Design Team: Vu Nam Son, Vu Xuan Hai, Nguyen Thi Thu Phuong, Bui Huy Toan, Nguyen Van Thao, Le Huy Truong, Le Thanh Ha, Do Ha, Tran Tuan Anh Home Decor: Lava, JSC From the architect. Located on the 11th floor of the old condominium building belongs to the resettlement housing group (low income) with the old status + is divided the site lack of science, logics (poor lighting, poor ventilation) and arrangement diagrams of rooms are messy. The landlord was very confused: Should I move in a place like this? Question, the suspense pursued them until they met architect. We said: “They should live in” (because price of house is very expensive in Hanoi where the position of apartment is relatively center, convenient for moving in the city), with the condition is to renovate and repair space of furniture and the work is started. The apartment is designed and modified to give a young couple + 1 small child + grandparents. Status site includes 3 bedrooms with an area almost equal, the kitchen is arranged independently. Space of living room is small and it is almost no light, poor ventilation. We have destroyed one-bedroom in the center of apartment to create a public space (living room + dining room + kitchen + Terrace), four spaces can “borrow” traffic area to create the continuity of different functions of rooms into a large space with ventilation and good lighting Small bedroom is set in the position of old kitchen, positions of walls could also be adjusted to be small to ensure to be able to put the standard sleeper (small bedroom). At the position in main bedroom, wall area is adjacent to the living room to be cut away a part (40cm) at the top of the forehead before meeting ceiling of house. By this way, it helps the living room to have more light, the wall area of main bedroom is tiles block of television becomes gentle and happy like a puzzle. Patterned ceramic tiles is used as a decorative material (tile appeared in Vietnam in the 90s of last century, is used to pave the floor popularly). It goes on the minds of the Vietnamese people to remember a difficult time in the economy. But, at the present, this material is re-produced with role to beautify decoration for artistic interior spaces. In this apartment, we have pressed tiles to television cabinet block together (it’s inside the bedroom), large are of living room, in the main bedroom is a little in the kitchen. By this way, the landlord can feel the “Art” feeling to be just enough and in everywhere.